Local election boards throughout Ohio have been hit with recent public records requests that seem designed to prevent them from tossing out 2020 presidential election documentation that they otherwise would be able to discard this month.

Federal law requires local election officers to retain congressional and presidential election materials for 22 months after ballots are cast. Discarding the old records is routine for local boards of elections, which in many Ohio counties have limited space to warehouse documents and must make room for records from the 2022 midterm election.

The requested materials include copies of all ballots, poll books, voting machine reports, and absentee ballot identification envelopes, among other records that would total thousands of documents. Election boards aren’t allowed to destroy records if requests for them are pending.

“As the time for most of these document categories is nearing the end of the retention period, it is important that a complete response is received prior to any scheduled disposal of these records,” says one iteration of the records requests that are hitting the state’s election boards. “Realizing that it may not be a straightforward or streamlined process to receive a full and complete response from you prior to the end of the retention period for many of these documents, I ask that such records be precluded from destruction or disposal of any kind until this request has been fulfilled.”

Geauga County Election Board Director Michelle Lane says her county has received so many voluminous requests for information about the 2020 election in the past three or four months that it would have to hire more workers to fulfill them all. She said the requests are coming from people all over the state, and many of the requests from different people are worded identically. Some of the data they’re requesting isn’t available, and the rest of the information they want would require “thousands upon thousands” of copies, as well as work-intensive redactions of voter identification information such as birth dates, says Lane.

Processing the large volume of requests her office has received is “very disruptive” at a time when it is trying to prepare for the November’s general election, Lane said.

“The expense to the requester would be voluminous,” says Lane, who has asked the county’s legal counsel how to handle the requests. “They want a copy of all the ballots in 2020, used and unused, all notices and correspondences, all poll lists and poll records. Some of it, we don’t know what they are asking for.”

Ohio Association of Election Officials president Brian Sleeth, who serves as Warren County’s Board of Elections director, says the register tapes from voting machines that have been requested from his office are 50 to 70 feet long, and would be difficult to copy. If his county ends up fulfilling that part of the records request, it might have to have an outside company come in to make the copies.

“I don’t think you will find any election official who doesn’t want to solve and combat voter fraud, but what bothers us are folks who are knowingly manipulating people into believing that this actually occurred without any sort of evidence,” added Lake County Board of Elections Director Ross McDonald, whose office has also been blitzed with identically worded public records requests from multiple email addresses. “They’re asking for information that the requester doesn’t understand what it is.”

Summit County Board of Elections Deputy Director Pete Zeigler says that many of the requests are seeking information that his county doesn’t provide, such as electronic images of all ballots from 2020.

“First of all, the primary ballots are past retention,” Zeigler says. “Even if they weren’t, we don’t have electronic images of them because our voting system doesn’t tabulate based on electronic images.”

Printing copies of the ballots that were requested would cost “in the six figures,” says Zeigler, adding that records requesters whom his office has contacted either declined to supply a deposit for the printing or didn’t respond when they learned what it would cost. He said that 283,708 general election ballots were cast in Summit County that year and each had two sides.

Hanging onto those records beyond the date when they would otherwise be destroyed because of pending public records requests would “take up a lot of room,” says Zeigler. The county can’t put them in storage, because they must be secured under double lock and key with a surveillance camera.

“To us, ballots are sacrosanct,” Zeigler added. “If someone is touching a ballot, there is a bipartisan team involved. Everything involving ballots is extremely secure. That’s why I get so upset when people question security. Our elections are so secure in the state. Bipartisan teams are involved in just about every task.”

The Ohio Secretary of State’s office has not been getting the deluge of public records requests being sent to local election boards, but it does get a lot of calls from people who are concerned about election security, spokesman Rob Nichols said. Nichols said Ohio Secretary of State Frank LaRose believes that the best way to understand how elections are administered in Ohio and the security measures that are taken is to become a poll worker.

“We encourage people to sign up so they can understand how Ohio gets elections right,” Nichols said.

Election security experts say the onslaught of public records requests is happening throughout the country, and they’re being done at the behest of figures like MyPillow CEO Mike Lindell,  who has promoted legally rejected claims that the 2020 presidential election was stolen from former President Donald Trump. Lindell has a website offering instructions his supporters can use to seek “Cast Vote Records” that Lindell forces say would allow “a data analyst to ‘replay’ the election ballot by ballot to spot unnatural patterns of voting.”

Another batch of public records requests appear connected to Terpsehore “Tore” Maras, a podcaster who is  attempting to run  for Ohio Secretary of State. Maras uses her website and podcast to promote conspiracy theories including Trump’s voting fraud claims.

LaRose ruled last month that Maras failed to get enough petition signatures to qualify for the ballot as an independent, after her bid to run as a Republican failed when some of her petitions were rejected. Maras says Ohio Republicans are trying to keep her off the Ohio ballot because they want to hold onto power and suggested she’ll appeal LaRose’s decision in court.

When Cleveland.com/The Plain Dealer emailed an inquiry about the public record request campaign to one of the addresses sending them to Ohio election boards, Maras posted a copy of that email  on her website with a note that questioned whether election workers “are having the people harassed for demanding transparency.”

“It’s like how dare all these people ask for transparent and free and fair elections,” Maras wrote. “Someone has got to be instructing people to do this… people can’t just ask questions and demand transparency (emoji) “Journalists.”

Maras did not respond to an emailed request for comment on the campaign and her role in it.

Election technology and security consultant Ryan Macias said he believes the information requesters around the nation want to ensure data from the 2020 election is preserved in hopes that candidates who win this year’s elections might want to review the 2020 election all over again. He also likened attempts to inundate local election boards with spurious information requests to “denial of service” attackson computers that flood a website with more traffic than it can handle in an effort to make it stop working.

“They are trying to make it so the election offices cannot function,” said Macias. “If they cannot function, there is a likelihood that there will be errors and mistakes in 2022. If they make errors or mistakes, it will allow them to continue to perpetuate that elections are not secure because they will have evidence to point to that mistakes are made.”

An emailer who sent one request responded to questions from Cleveland.com/The Plain Dealer, saying it was done because citizens today “have no easy way of verifying whether their votes were added correctly, whether they accrued properly to the candidate of their choice, and whether any illegal votes in one part of the system were indirectly invalidating the face value of their own cast vote.”

The emailer alleged that “election corruption” is rising, and claimed there’s “rampant meddling by election administrators, political operatives, third party entities, and foreign actors in some cases – all of whom seem to have a vested interest in preventing citizens from verifying the accuracy of their own votes.” 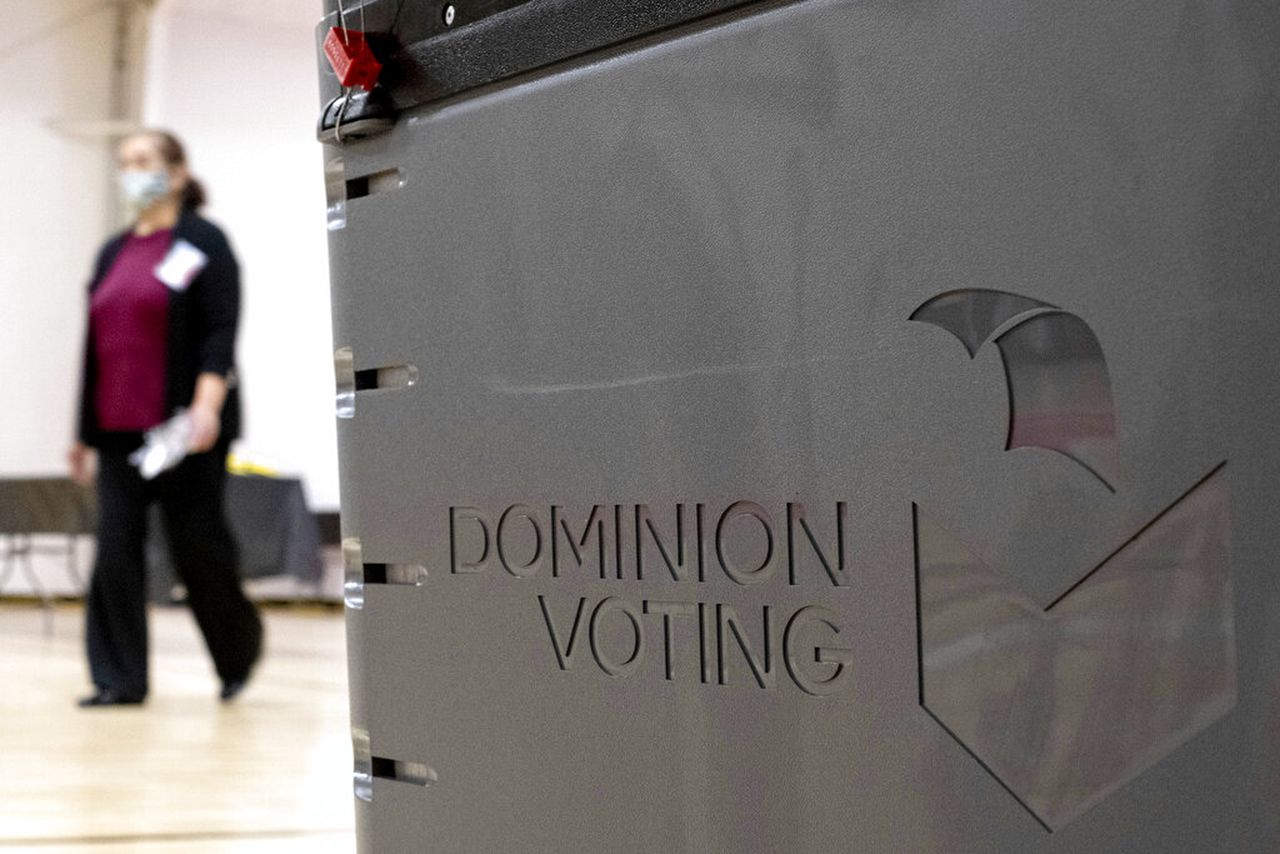