Man tries to hide over 50 reptiles in clothes, smuggle them across border 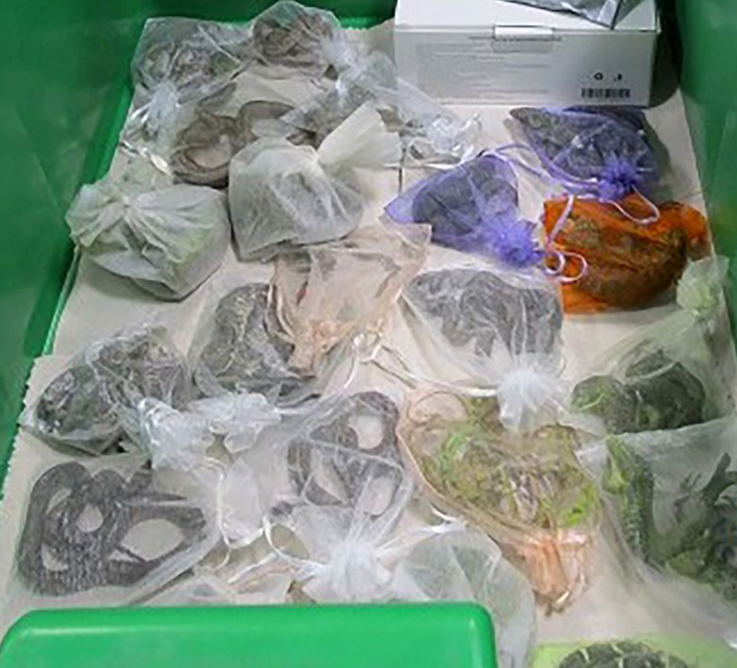 SAN DIEGO, California — How will the scales of justice tip on this case?

A man put dozens of horned lizards and snakes in plastic bags, then hid them in his clothing in an attempt to smuggle them across the Mexico-U.S. border, authorities say.

The incident occurred at about 3 a.m. on Feb. 25 in San Ysidro, California, located on the border south of San Diego across from Tijuana, Mexico, according to a news release from U.S. Customs and Border Protection. A border agent ordered further inspection of a 2018 GMC pickup truck, which was driven by a 30-year-old man from the U.S.

A search of the man revealed 52 bags of live animals … 43 horned lizards and nine snakes, the news release says. The reptiles were hidden in the man’s jacket, pants pockets, and groin area.

“Smugglers will try every possible way to try and get their product, or in this case live reptiles, across the border,” Sidney Aki, CBP director of field operations in San Diego, said in a statement. “In this occasion, the smuggler attempted to deceive CBP officers in order to bring these animals into the U.S., without taking care for the health and safety of the animals.”

The suspect, whose identity was not released, was arrested and turned over to Immigration and Customs Enforcement (ICE), Homeland Security Investigators (HSI) and Fish and Wildlife Services (F&WS).

The horned lizards, snakes and the vehicle were seized by border agents. The reptiles will remain in quarantine because some species are endangered, authorities say.