Missing 12 years, dog is back with family in California

Zoey was missing for 12 years before being reunited with her family earlier this month. (San Joaquin County Sheriff’s Office) 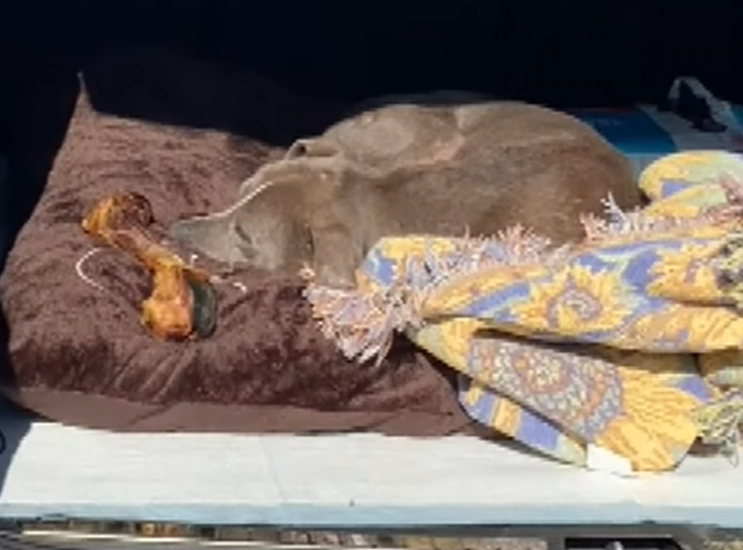 STOCKTON, California — The chip has fallen in a good way for a family in California.

Zoey, a dog who was reported missing in 2010, was reunited with its family after going missing for 12 years when it was found abandoned and authorities used a tracking chip to locate its original owners.

“I definitely didn’t expect this tor happen,” said the dog’s original owner, identified only as Michelle by the San Joaquin Sheriff’s Office.

According to the sheriff’s office, Animal Services Officer Brandon Levin received a call on Feb. 10 saying a stray dog had been dropped off on a rural property outside Stockton. The caller said the dog appeared old and unwell.

Levin scanned the dog for a tracking chip. He said he was shocked when he found out Zoey had been reported missing from Lafayette, California, in 2010. Even more shocking, the contact information on the chip was still reliable (although the family had moved).

The sheriff’s office says Zoey had been missing for so long that the microchip company listed her as deceased in their records in 2015.

Michelle said her family adopted Zoey when she was 6 months old along with a twin sister. Zoey lived with the family for about six months. “We went to store for about 20 minutes and came back and she was missing,” Michelle says.

“I’m really excited, excited to hopefully bring her back and get her healthy and let her live the rest of her life,” Michelle says.