The “Ohio BMV Express” kiosks were introduced in October and have since become very popular, said BMV Registrar Charlie Norman. The program has grown from nine to 18 kiosks, and they’re averaging 1,500 transactions per week. 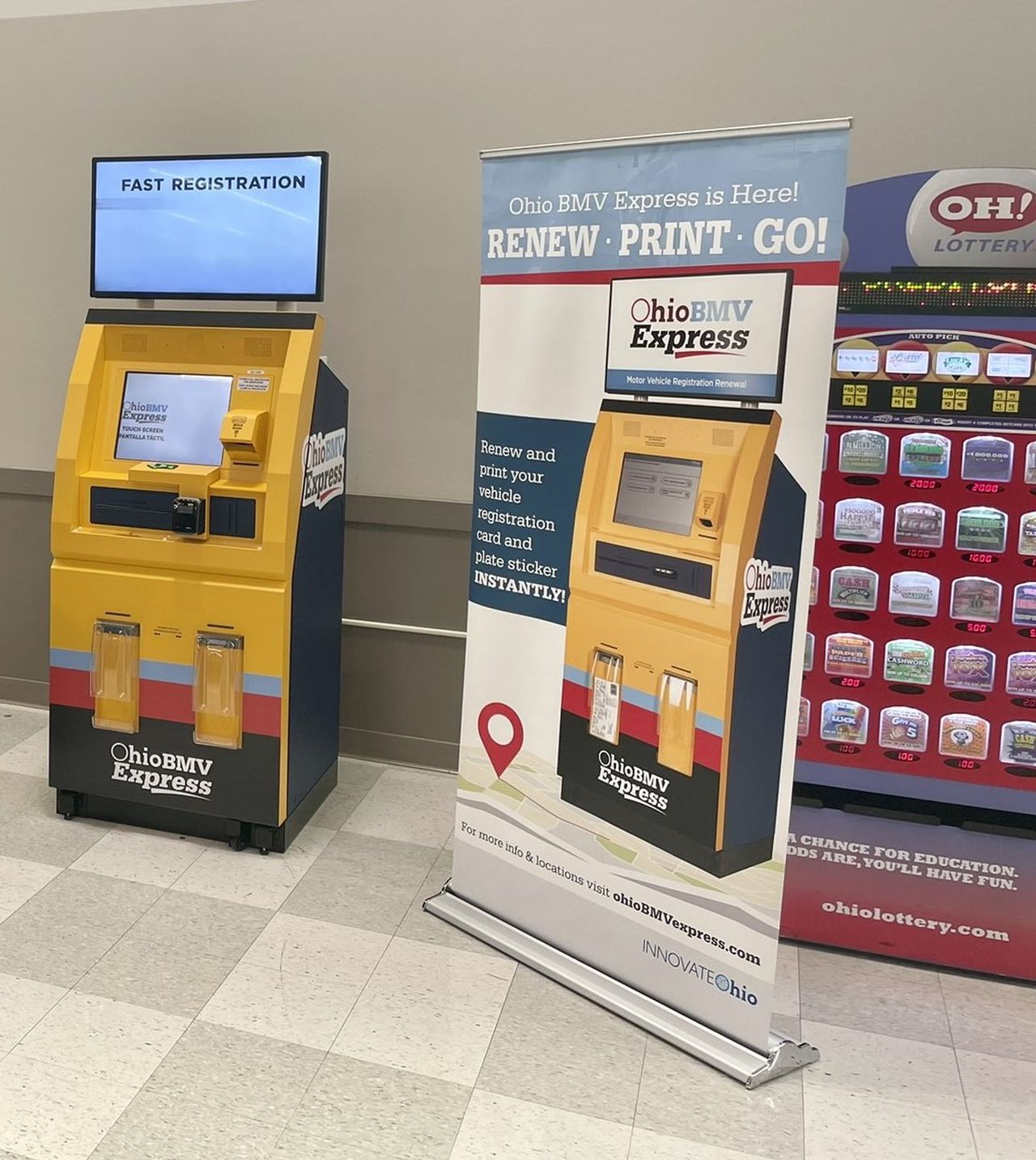 An Ohio BMV pilot program that offers kiosks for renewing and printing vehicle registrations and license-plate stickers is now permanent and expanding, with several new locations added across Northeast Ohio.

The “Ohio BMV Express” kiosks were introduced in October and have since become very popular, said BMV Registrar Charlie Norman. The program has grown from nine to 18 kiosks, and they’re averaging 1,500 transactions per week.

“We’re getting them put in as fast as they come in,” Norman said.

As of now the kiosks only let people renew and print registrations and license-plate stickers, although Norman said the agency is looking to add more services like license reprints. The BMV is also trying to let drivers renew registrations for commercial vehicles, a service that currently isn’t available.

There was originally only one location in Northeast Ohio, but as of Tuesday there were six kiosks available.

Drivers can now find the kiosks at the Meijer grocery stores in Avon, Lorain, Mentor and Stow. There are also kiosks at the Medina BMV on North Court Street in Medina and at the E-Check station in Westlake. Locations can be found at ohiobmvexpress.com.

So far 35,000 transactions have been performed using the kiosks.

A third-party company, Intellectual Technology Inc., builds and operates the kiosks, although the BMV gets final approval of the locations. Norman said about two locations are added a month. They cost about $40,000 to make.

Intellectual Technology makes their money off a $4.95 service fee, the same way the deputy registrar locations do across the state. The kiosks also charge a service fee for using credit or debit cards.

The kiosks are one of many ways the Ohio BMV has been trying to cut down on wait times. A new website was launched in March 2021. Services have been made available online and people can now “wait in line” using an online pre check-in program.

The BMV has dabbled in the past with self-serve kiosks, including a 2015 pilot program that was tested in the Columbus area, but never widely expanded.