The Ohio Lottery made record profits in the past year, netting $1.4 billion that will go to the state’s Lottery Profits Education Fund.

From last July through June, the lottery had $4.3 billion in traditional lottery sales, which includes things like Powerball tickets, scratch offs and Keno machines, and $1.3 billion from video lottery terminals, the slot machines used at racinos.

Sales in total were up $112 million for the fiscal year compared to last year, according to a news release from the Ohio Lottery Commission. Profits were up $46 million.

Draw-based games sales, like Pick 3 or Pick 4, brought in $2 billion in sales.

The $1.4 billion profit is being transferred to Lottery Profits Education Fund, which supports K through 12, vocational, and special education programs in Ohio.

The Lottery Commission said it made a lot of changes focused on convenience, including letting players cash out a higher dollar amount on their phones.

Players can now cash up to $25,000 in winnings on the Ohio Lottery mobile app. Since the limit increase in February, the lottery said there were 545 claims of more than $5,000.

The Lottery said it also introduced new scratch-off vending options for bars and restaurants. According to a news release, game dispensing units were installed at more than 450 locations.

Data shows the lottery’s profit have steadily risen since 2012, which is when race tracks started becoming racinos and introduced the video lottery terminals. 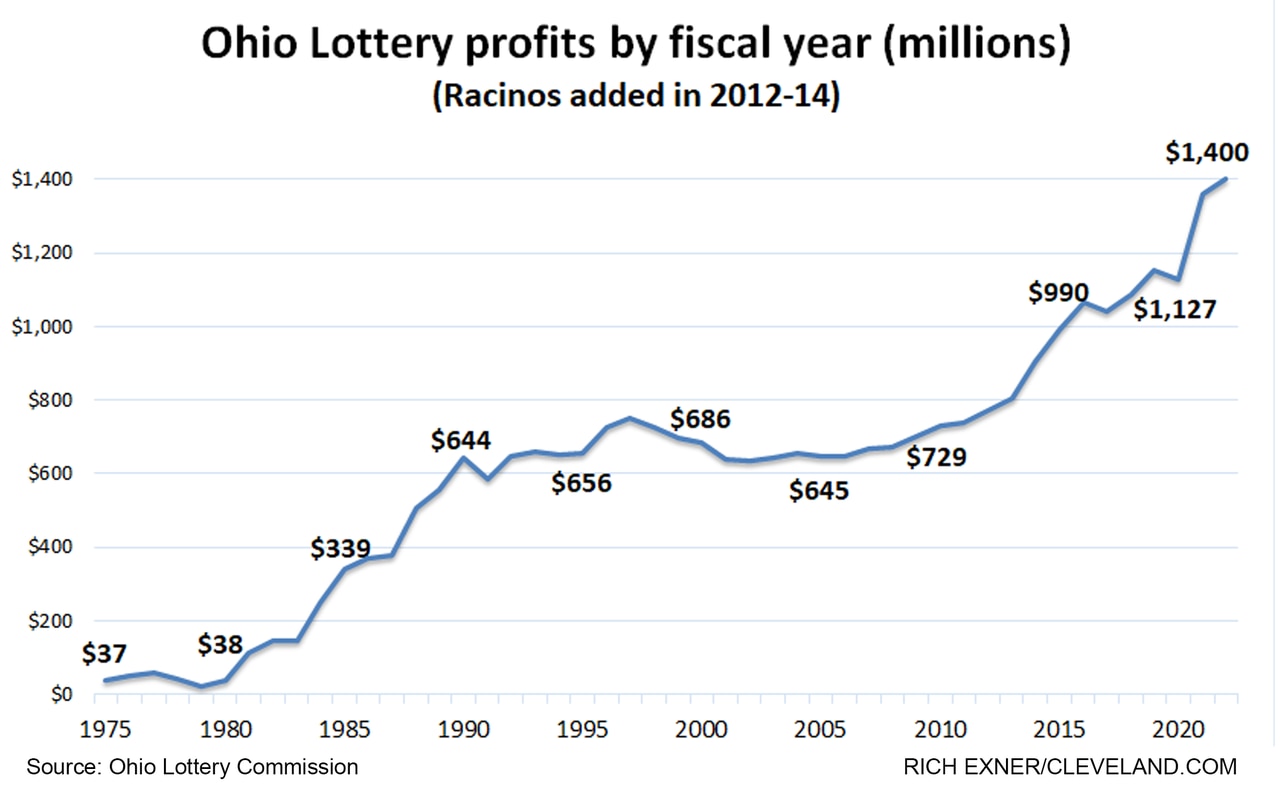