Steve Dackin, who spent 11 days as Ohio’s superintendent of public instruction before resigning amid an ethics investigation, signed a settlement with the Ohio Ethics Commission, the agency announced Friday afternoon.

Under the terms of the settlement, the Ohio Ethics Commission will not refer its investigation to any public prosecutor. Dackin will be required to attend three hours of ethics training and agreed to not apply for the state superintendent job again until Feb. 26, 2023.

“Mr. Dackin acknowledges that any future alleged ethics violations brought to the Commission or the prosecutors office will be fully investigated and, if warranted by the facts, recommended to be prosecuted to the full extent of the law,” the settlement states.

Dackin was vice president of the Ohio State Board of Education and oversaw a committee tasked with searching for a new superintendent earlier this year. The position was vacant because former superintendent, Paolo DeMaria, had retired in 2021.

The state superintendent of public instruction oversees the education of 1.7 million Ohio kids, which has suffered because of absences and remote learning during the pandemic. The state superintendent also has responsibility for administering the school funding system, standardized testing and state report cards, educator licenses, administering private school voucher programs, among other responsibilities.

The Plain Dealer,  Dackin had access to the applications for the job as the committee conducted its search to replace DeMaria. Days before the application period ended, Dackin resigned from the Ohio State Board of Education and submitted his own application for the job.

The settlement agreement said it’s a “potential violation” of state law that Dackin discussed the employment opportunity with an Ohio Department of Education official and others. The official was likely Stephanie Siddens, the interim state superintendent at the time who Dackin met with before he applied, according to the settlement agreement.

State law prohibits officials from soliciting or accepting anything of value that could be construed as having an improper influence upon public employees or officials with respect to the official’s duties.

“Employment or the promise of future employment is a thing of value,” the settlement states.

The agreement said that mitigating factors in the Ohio Ethics Commission’s investigation were Dackin not taking any compensation for the 11 days he ran the Ohio Department of Education, and for voluntarily resigning from the job. The agreement indicates Dackin hired an attorney when the Ethics Commission started asking questions about his new job.

The settlement agreement provides a timeline of Dackin’s actions, some of which hadn’t been reported yet:

-On Feb. 16, an unnamed assistant policy director for Gov. Mike DeWine spoke to Dackin and “invited him to apply” for the job.

-On Feb. 24, Dackin spoke with Siddens –who again became the interim superintendent after Dackin resigned and still serves in that role – to ask if she was interested in the permanent job. She said she was not. Thjat day he also wrote the Ethics Commission, seeking advice on whether he should resign from the board first, or wait to get the job and then resign. The commission sent him information on state law and an e-pamphlet explaining some of the law to him.

-On Feb. 25, Dackin attended a virtual meeting with unidentified officials who were not Ohio Department of Education employees or members of the Ohio State Board of Education. They encouraged him to apply for the job and later that day, he resigned from the state board.

-On Feb. 28, Dackin submitted his application.

-On May 18, the Ethics Commission served the Ohio Department of Education with a records request about his work on the State Board of Education, unbeknownst to Dackin.

-On May 23, Dackin accepted the position and learned of the investigative subpoena.

-On May 27, the Ethics Commission staff talked with Dackin’s attorney and expressed concerns about his taking the job. The staff recommended Dackin step down and not take any compensation.

Not included in the settlement agreement but The Plain Dealer  was that the Ohio State Board of Education was aware of a potential ethics probe but hired Dackin anyway eight days later.

But then the Ethics Commission found additional information on Dackin and proceeded with an investigation, Tierney said. 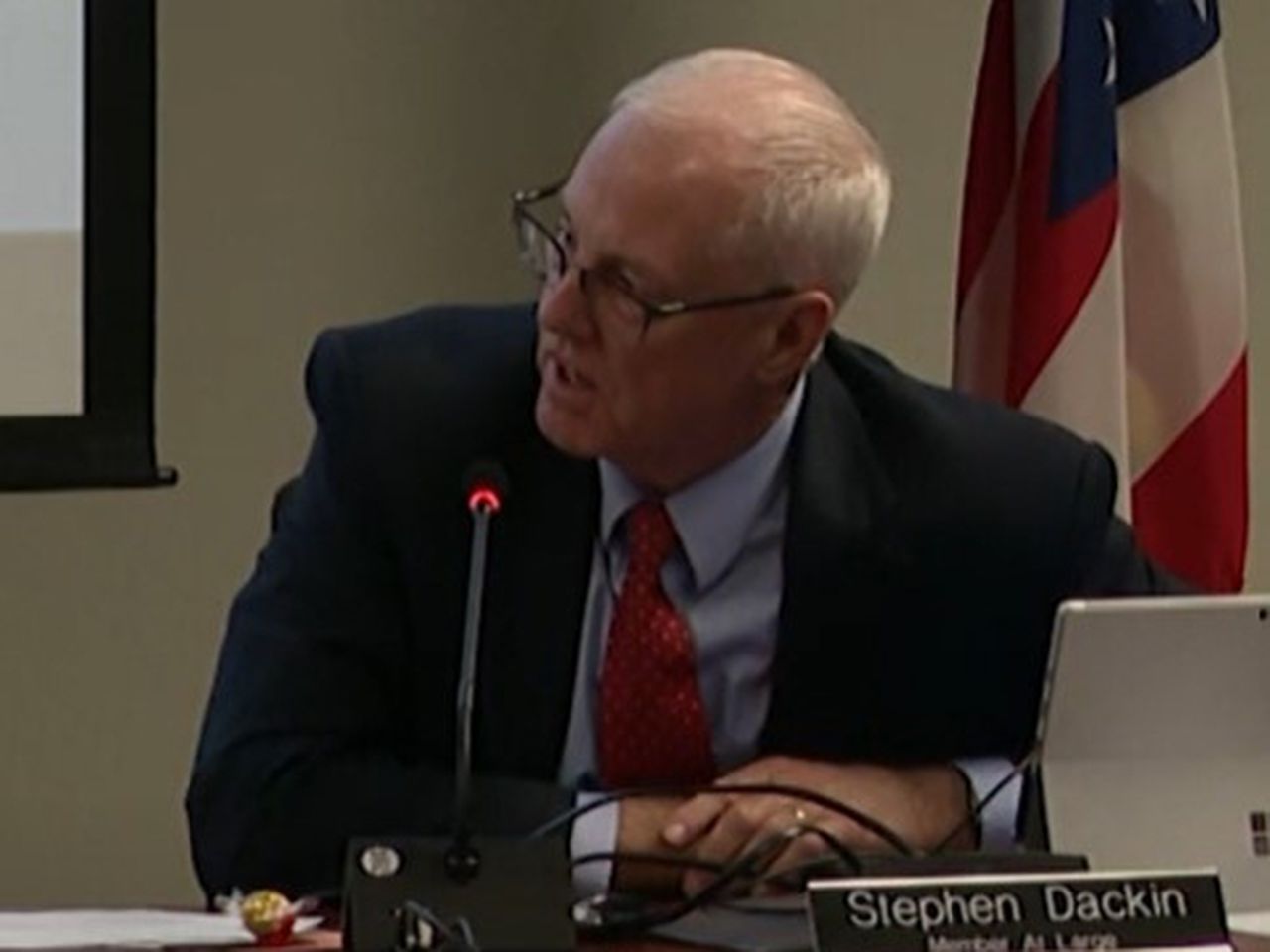