A tornado touched down Saturday morning in western Ohio, causing damage to homes, business and vehicles, and snapping numerous trees.

The National Weather Service on Sunday confirmed the EF1 tornado with maximum winds of 90 mph touched down at about 10:45 a.m. west of Troy in Miami County. The tornado stayed on the ground for about three minutes, traveling nearly two miles through the city.

The Weather Service says several large trees were downed, with one trunk snapped at its base. Several homes had minor roof damage and a car was heavily damaged by a falling tree limb. A bank sign also was damaged.

There were no reports of injuries. 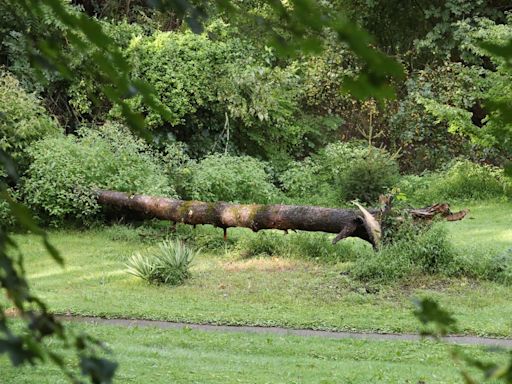