Eight ancient glass vessels, damaged in the 2020 Beirut port explosion,  have just gone on display at the British Museum   in London as part of the exhibition Shattered Glass of Beirut.

The vessels, dating back to the Roman, Islamic and Byzantine periods, include bowls, a flask, beaker, jug and cup that were meticulously pieced back together as part of an ongoing collaborative restoration project between the British Museum and the Archaeological Museum of the American University of Beirut, whivh began last year.

On August 2020, a stockpile of ammonium nitrate exploded at the port of Beirut in Lebanon, killing at least 218 people, injuring 7,000, displacing 300,000 and causing $15 billion worth of damage.

The explosion shattered the AUB museum’s windows, doors and a case containing 74 glass vessels, shattering all but two pieces.

As part of an emergency recovery campaign, 18 vessels have been pieced back together. Conservators at the British Museum and the AUB museum hope that at least half of the remaining 46 objects can also be restored soon.\

Over three months, experts from the Archaeological Museum and the British Museum laboriously sorted through fragments of the broken vessels and sensitively reassembled them.

Conservators at both institutions made the decision to reconstruct the vessels to be structurally sound but leave the visible damage caused by the explosion. Lighting will be used in the display to highlight the flaws and cracks in the glass, which have now become part of the history of the ancient objects.

“Reconstructing these fragmented glass vessels one tiny bit at a time, helped to reunite, to recognise their heritage value and to build a sense of community,” said Nadine Panayot, curator of AUB’s Archaeological Museum.

“To see these shattered and delicate vessels reassembled not only sparked a healing process, but also inspired me to hope for a better future.”

Playing footage of the reconstruction process alongside recorded interviews with the conservators, Shattered Glass of Beirut will demonstrate the emotional impact of the explosion, and the emergency response to it.

“The footage of the Beirut explosion came as a huge shock, and I replayed the images repeatedly in disbelief,” said Zeina Klink-Hoppe, curator at the British Museum.

“Working with colleagues at the British Museum and at the Archaeological Museum in Beirut to piece together some of the artefacts that were shattered in the explosion has been an emotional journey, but also a meaningful small step in the preservation of Beirut’s heritage and pride and in the recovery of its citizens as they gradually rebuild their lives.”

During the reconstruction process, individual fragments underwent scientific analysis at the British Museum and University College London’s Institute of Archaeology. Non-destructive scanning techniques revealed new information about the provenance of glass production and the nature of the glass materials, along with interesting manufacturing details.

The vessels were made at sites along the eastern Mediterranean coast — six were produced using early glass-blowing technology, revealing experimentation in the function and form of the pieces. Two others date to the early Islamic and late Byzantine periods, and were possibly imported to Lebanon from present-day Syria or Egypt.

ome of the vessels revealed signs of recycling in their production, with craftspeople possibly using older glass to make new objects.

While experts have found it fascinating to identify the similarities between today’s glass recycling techniques and those from 2,000 years ago, the discoveries have also shed light on the habits and practices of glass producers and consumers of Lebanon in the first century BC.

The development of glass-blowing technology in the Levant enabled the mass production of glass objects, revolutionising production of the material in the region.

The Shattered Glass of Beirut exhibition will be on show at The Asahi Shimbun Displays, British Museum, until October 23. 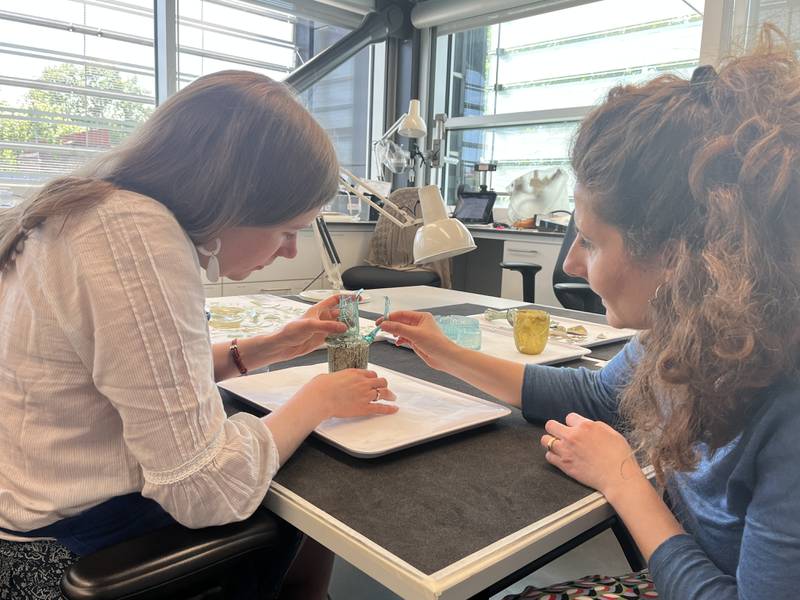 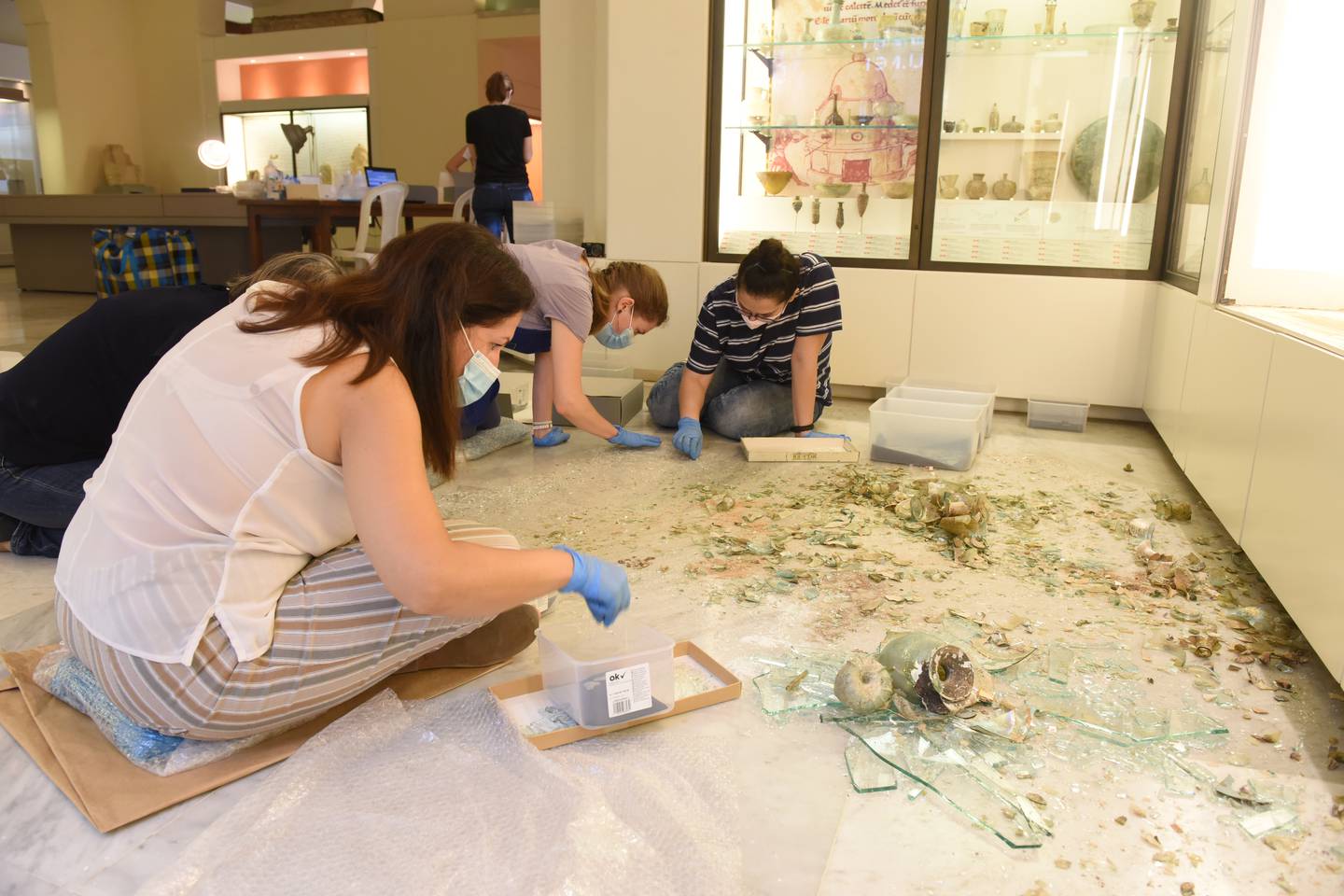 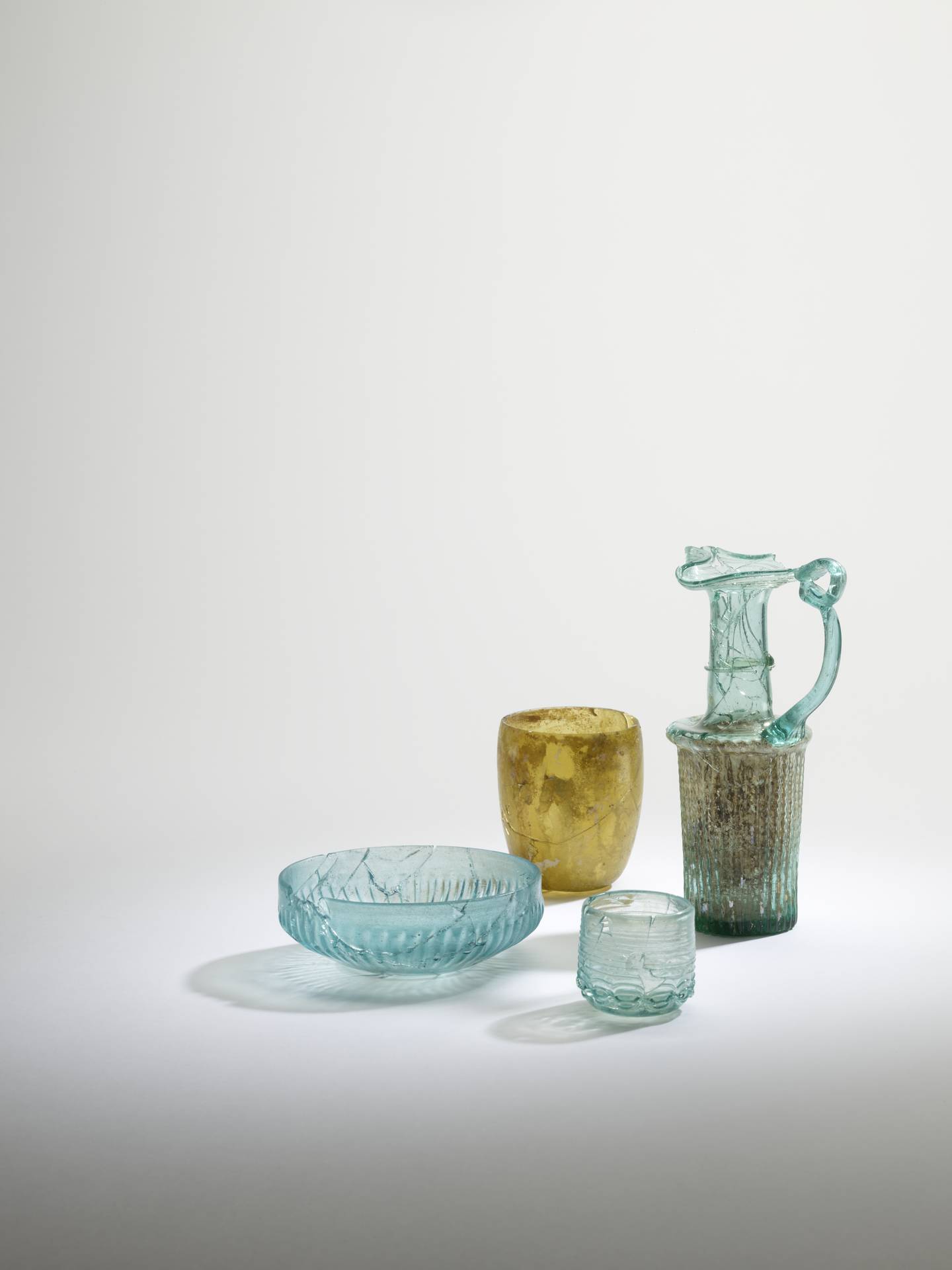