NASA began fueling its new moon rocket early today for liftoff on a test flight to put a crew capsule into lunar orbit for the first time in 50 years.

Thunderstorms delayed the fueling operation by an hour. The threat of lightning diminished enough to allow the launch team to proceed with loading the rocket’s tanks. But it was uncertain how much the stalled work might shorten the two-hour launch window.

No one was inside the Orion capsule atop the 322-foot (98-meter) rocket at Kennedy Space Center. Instead, three test dummies were strapped in for the lunar-orbiting mission, expected to last six weeks.

It’s the most powerful rocket ever built by NASA, out-muscling the Saturn V that carried astronauts to the moon a half-century ago. Thousands of people jammed the coast to see the Space Launch System, or SLS, rocket soar.

Rain pelted the launch site as the launch team finally began loading more than 1 million gallons of super-cold fuel into the rocket. Forecasters remained optimistic the sky would clear by launch time later in the morning; the rocket is banned from flying through rain.

Besides the weather, launch director Charlie Blackwell-Thompson and her team were dealing with a communication issue involving the Orion capsule.

Engineers scrambled to understand an 11-minute delay in the communication lines between Launch Control and Orion that cropped up late Sunday. Although the problem had cleared by this morning, NASA needed to know why it occurred before committing to launch.

The launch team was also wary of any lingering fuel leaks. A pair of countdown tests earlier this year uncovered not only leaks but other technical trouble. NASA officials said they could not be sure about the repairs until the final phase of the countdown.

Assuming the test goes well, astronauts would climb aboard for the second flight and fly around the moon and back as soon as 2024. A two-person lunar landing could follow by the end of 2025. NASA is targeting the moon’s south pole.

During Apollo, 12 astronauts landed on the moon from 1969 through 1972, with stays of no more than a few days. NASA is looking to establish a lunar base during Artemis, with astronauts rotating in and out for weeks at a time. The next step would be Mars, possibly in the late 2030s or early 2040s. 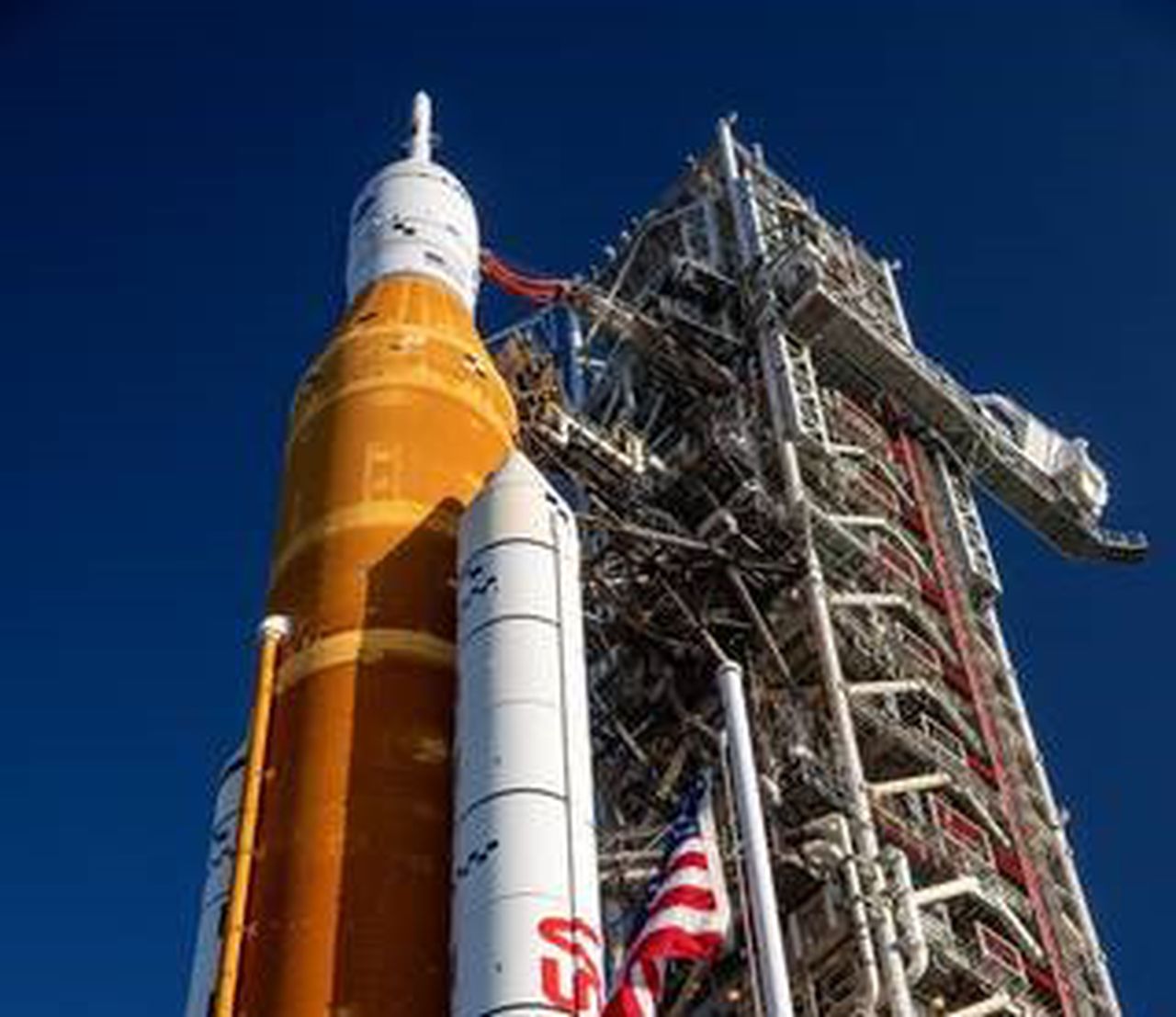