Lebanese songstress Nancy Ajram and US DJ Marshmello   have delighted thousands of fans with a performance of their summer hit Sah Sah at Riyadh’s Gamers8 festival.

Ajram performed a set on Thursday night, which Marshmello joined her for.

The duo released the song on July 8 and have achieved international acclaim for the tune, which made it into the US Billboard Dance Charts two weeks after its initial release, becoming the first Arabic-language song to do so.

It’s also the first Arabic-language song to have made it into the Top 10 iTunes chart, and it has topped the iTunes electro-dance category in the UAE and Saudi Arabia.

Egyptian rapper Marwan Pablo also performed with the beloved singer, who made it a point to get off the stage and interact with the ecstatic crowd.

Marshmello, whose real name is Christopher Comstock, is famous for wearing a white helmet that resembles a marshmallow.

He hyped up the audience as he took to the decks and Ajram sang the playful lyrics to their history-making track.

“People are loving Sah Sah for more than one reason,” Egyptian composer Moody Saeed, who worked on the track with Ajram and Marshmello, previously told The National. “The lyrics are light and the words, sah sah, are fun and easy to remember. It’s also the music, the beat, it has a mix of East and West.”

The pair are not the only international names performing at Gamers8, an esports festival taking place in the Saudi capital.

Pop stars J Balvin and Amr Diab  are some of the big music acts who performed at the opening ceremony, joining DJs Sebastian Ingrosso from Swedish House Mafia and Salvatore Ganacci at Boulevard Riyadh City on July 14 as part of celebrations that kicked off the eight-week event.

Still to come is rapper Russ, who leads a bill that will include DJ Alan Walker  and Egyptian electronic act Disco Masr on August 18.

After impressing crowds at Expo 2020 Dubai last year and the Saudi F1 Grand Prix  in Jeddah in February, Black Eyed Peas  will return to the region to perform on August 25 alongside DJ Snake.

Gamers8 invites some of the world’s best players and teams to compete across popular titles, such as Rocket League, Dota 2, Fortnite, Tom Clancy’s Rainbow Six Siege and PUBG Mobile. 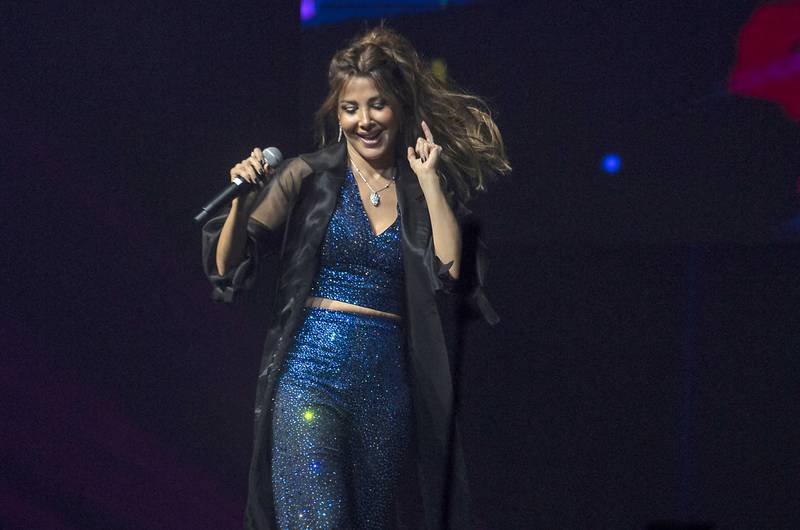