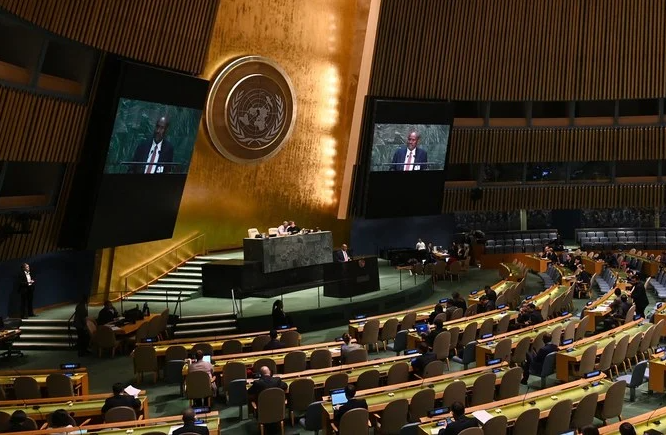 London: The UN has suspended the voting rights of Iran and four other countries over delinquent dues — a move that has provoked fury from Tehran.

Secretary-General Antonio Guterres said in a letter to the president of the General Assembly that Iran had breached the delinquency threshold under Article 19 of the UN Charter.

The article states that any member owing the previous two years’ assessments may not vote in the General Assembly.

The Central African Republic, Comoros, Somalia, and Sao Tome and Principe also lost their voting rights over payment issues. In 2020, Venezuela, Yemen and Lebanon temporarily lost theirs for the same reason.

A formula based partly on the size of a country’s economy is used to calculate annual dues. Iran now owes the UN more than $16.2 million — by far the highest of the five countries named by Guterres this week.

While the payments can be waived by the General Assembly under extenuating circumstances, that has not yet happened for Iran.

The UN said it is in “intense discussions” with Tehran to rectify the payments issue. Saeed Khatibzadeh, a spokesperson for Iran’s Foreign Ministry, said the owed money will “soon” be transferred from a bank in South Korea, where some Iranian funds are currently held.