Blockades at Canadian border crossings are coming to an end, but protests persist in Ottawa 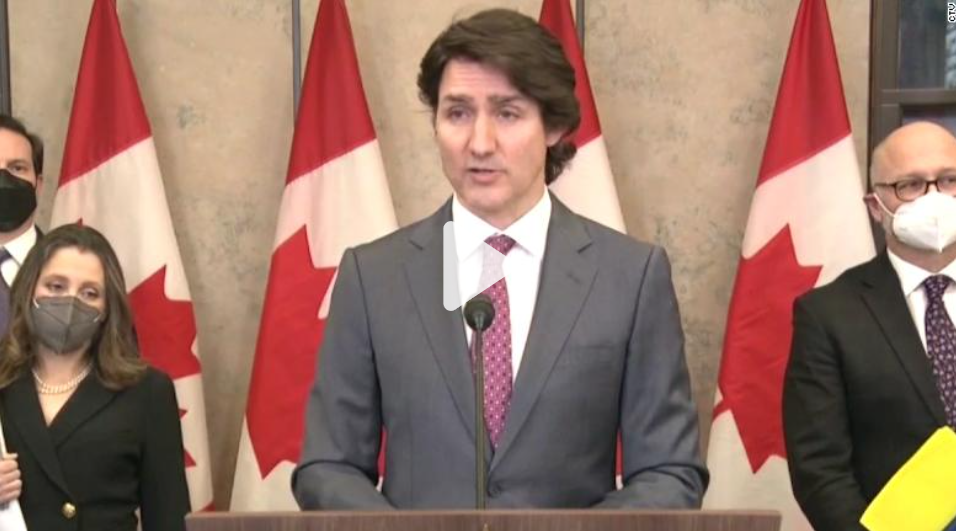 (CNN)While protesters objecting to Covid-19 safety measures continue to idle trucks and camp out in downtown Ottawa, other blockades situated at the Canadian-US border this week are standing down.

The Manitoba Royal Canadian Mounted Police announced Wednesday the blockade at the border crossing in Emerson, Manitoba, will begin clearing out.
“The remaining demonstrators will begin to move out of the area and full access to the Emerson border entry will be restored,” Sgt. Paul Manaigre said.
The Manitoba RCMP will be escorting the remaining vehicles out of the area to ensure a “safe and orderly departure,” Manaigre added. “This is for the safety of everyone involved.”
The blockade began on February 10, and at its peak had about 75 vehicles involved in the demonstration against Canada’s Covid-19 regulations, Manaigre said.
The Emerson border entry connects to Pembina, North Dakota.
Manaigre said no one was charged in the demonstrations, no vehicles were towed, and no injuries occurred. “It’s the perfect solution,” he said.

The demonstrations at border crossings, in which trucks and vehicles were used to block roadways, in some places for more than two weeks, have left many residents frustrated, local businesses hindered and the federal government enacting unprecedented emergency powers.
A vital bridge connecting Windsor, Ontario, and Detroit reopened late Sunday after arrests were made and protesters departed. Highway traffic is also flowing once again through the Coutts checkpoint at the Alberta-Montana border, where police say at least 11 people were arrested and multiple firearms were seized.
But truckers demonstrating in the nation’s capital remain defiant, calling for the “Freedom Convoy” to persist until vaccine mandates and other Covid-19 measures are rescinded.

The presence of the protesters — who agreed this week to move out of residential areas and stick to streets directly in front of Canada’s national parliament — has been an ongoing source of frustration among Ottawans and city officials, who said Tuesday that Police Chief Peter Sloly is leaving his post.
In his departure statement, Sloly shared his appreciation for residents and fellow law enforcement and described the situation as a “difficult journey.”
“Since the onset of this demonstration, I have done everything possible to keep this city safe and put an end to this unprecedented and unforeseeable crisis,” he said.
Sloly previously noted enforcement during the demonstration has been complex and delicate in part because families are embedded within the protesters. The chief had said repeatedly he did not have enough resources to deal with such a large protest.

While Ottawa Police Services Board Chair Diane Deans thanked the former chief for his service, she opened a meeting of the board by saying authorities were so far unable to achieve peace in the city.
“The OPS (Ottawa Police Service) has been unable to adequately enforce our laws and our residents continue to be terrorized, it isn’t good enough,” said Deans, adding, “I have watched in disbelief as this carnival of chaos has been allowed to continue.”
Residents have told CNN they were dismayed by the chief’s lack of enforcement on their city streets. City officials have said some protesters threatened and harassed locals, including committing racist and homophobic acts, and a hotline was established to better alert authorities of such behavior. Police say they have opened dozens of investigations amid reports of hate crimes, rock throwing and property damage. 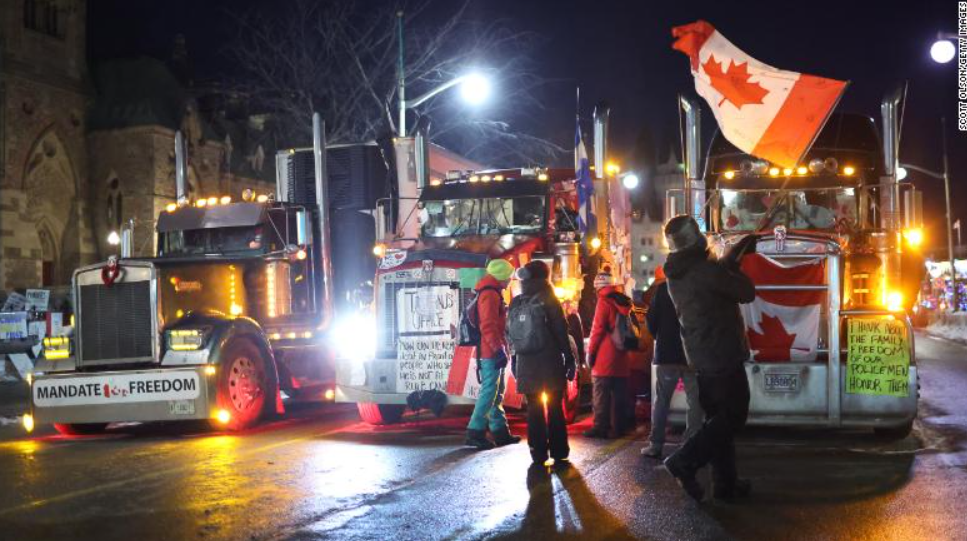