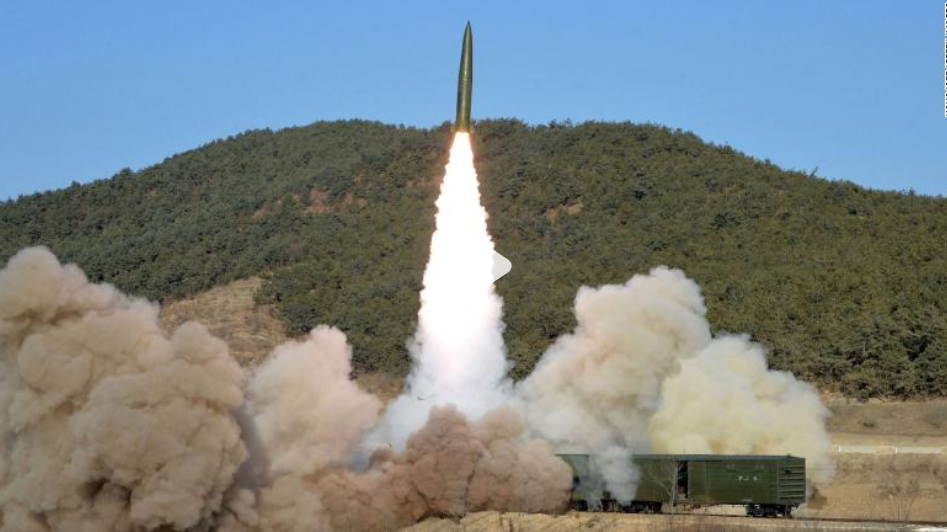 Seoul, South KoreaNorth Korea boasted on Tuesday that it is one of only a handful of countries in the world to field nuclear weapons and advanced missiles and the only one standing up to the United States by “shaking the world” with missile tests.

International tension has been rising over a recent series of North Korean ballistic missile tests, actions long banned by the United Nations Security Council. January was a record month of such tests, with at least seven launches, including a new type of “hypersonic missile” able to maneuver at high speed.
Also among the tests was the first firing since 2017 of a Hwasong-12 intermediate-range ballistic missile, capable of striking US territories in the Pacific Ocean.
A statement from North Korea’s Foreign Ministry said a series of tests since New Year represented “remarkable achievements” that strengthened North Korea’s “war deterrence.”
It also cited the Hwasong-15, the longest-range intercontinental ballistic missile (ICBM) ever launched by North Korea, which hasn’t been fired since its first test in 2017, and is believed to have the range to deliver a nuclear warhead anywhere in the US.
“In today’s world where many countries waste time dealing with the United States with submission and blind obedience, there’s only our country on this planet that can shake the world by firing a missile with the US mainland in its range,” it said.
“There are more than 200 countries in the world, but only a few have hydrogen bombs, intercontinental ballistic missiles, and hypersonic missiles,” it said.