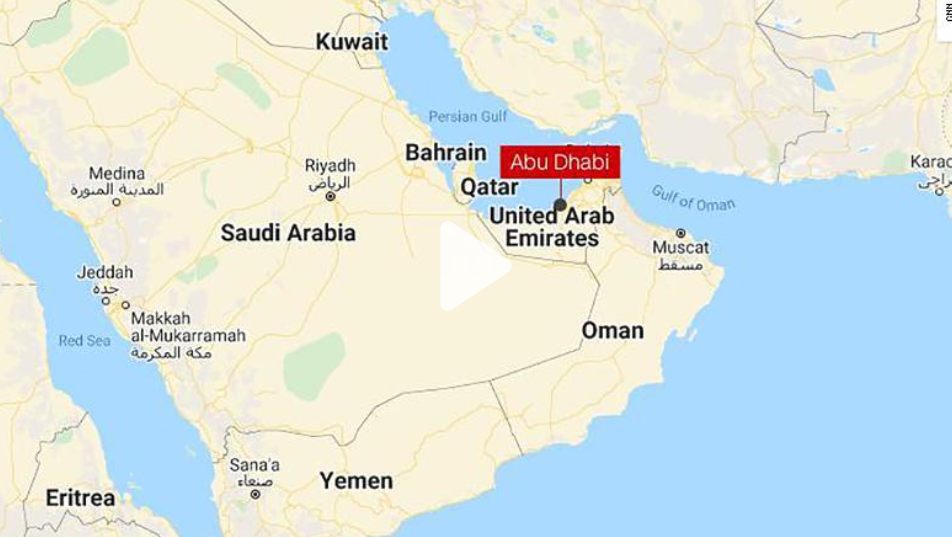 “In response to the threat and military necessity, airstrikes began on Sana’a,” Saudi Arabia’s state-run Al-Ekhbariya said on Twitter.
“The vicious attack on the UAE is a hostile act. The Houthi targeting of civilians in the kingdom and the UAE are war crimes whose perpetrators must be held accountable,” Al-Ekhbariya said in a tweet.
The drone attack near Abu Dhabi’s aiport killed at least three people and sparked multiple explosions in the UAE’s capital.
One Pakistani and two Indians were killed, the UAE’s official news agency WAM said. Eight others were injured, including two airport employees and six people at another explosion site, Abu Dhabi Police said in a statement on Facebook.
The spokesperson for Yemen’s Iranian-backed Houthi rebels claimed responsibility for the attack, warning the “UAE is an unsafe state as long as its aggressive escalation against Yemen continues.”
“Five ballistic missiles and a large number of drones were used in an operation dubbed as ‘Operation Hurricane Yemen’ targeted Dubai and Abu Dhabi airports, the Musaffah oil refinery in Abu Dhabi and a number of important and sensitive Emirate sites and facilities,” Houthi spokesperson Brigadier Gen. Yahya Saree said on the Houthi-owned Al Masirah TV channel Monday.
Saree warned foreign companies, citizens and residents of the UAE to stay away from vital sites, saying they are renewing their warning to “countries of aggression that they will receive more painful and painful blows.”
Minutes after the Houthis claimed responsibility, the Saudi led-coalition airstrikes were launched.
At least 12 people were killed and 11 injured, according to Al-Masirah, a media outlet run by the Houthi rebels who control the Yemeni capital.
Search and rescue teams are looking for survivors under the rubble of destroyed buildings, Al-Masirah reported.
Houthi state-run media also reported that more than 24 airstrikes were launched by the Saudi-led coalition in the past 24 hours on various areas in Yemen, causing heavy material damage.
In a statement released after the drone attack on Monday, UAE officials said they reserved “the right to respond,” the Ministry of Foreign Affairs and International Cooperation said, according to state-news agency WAM.
Foreign Minister Sheikh Abdullah bin Zayed said that the drone attacks, which struck Abu Dhabi National Oil Company (ADNOC) fuel facilities and the airport, will not go unpunished, WAM reported.
“UAE authorities are dealing transparently and responsibly with the heinous Houthi attack on some civilian facilities in Abu Dhabi,” said Anwar Gargash, diplomatic adviser to the UAE leadership.
Gargash, a former minister of state for foreign affairs, said that the UAE is dealing with the attack and that the “reckless” attempt is too weak to shake the stability of the country.
Deadly attacks are extremely rare in the UAE, long considered an island of stability in a turbulent region. In recent years, Houthi rebels claimed to have launched multiple attacks on the country, but Emirati authorities have denied the allegations. Houthi rebels frequently target neighboring Saudi Arabia, with the kingdom intercepting the vast majority of those missiles.
“Abu Dhabi police confirmed that a fire broke out this morning, which led to the explosion of three petroleum tankers in ICAD 3, Mussafah, near ADNOC’s storage tanks,” a statement said on WAM. “A minor fire also broke out in the new construction area of Abu Dhabi International Airport.”
A CNN journalist heard two explosions with a black plume of smoke rising from the direction of the airport. CNN has also seen a fighter jet — likely belonging to the UAE — circling the area.
The Pakistani Embassy is in contact with UAE authorities after the Pakistani national died after in the incident, its foreign ministry said Monday.
The UAE has been part of a Saudi-led military campaign against the Houthi rebels in Yemen since 2015. In 2019, the United Arab Emirates said it reduced its forces in Yemen as part of a “strategic” redeployment. 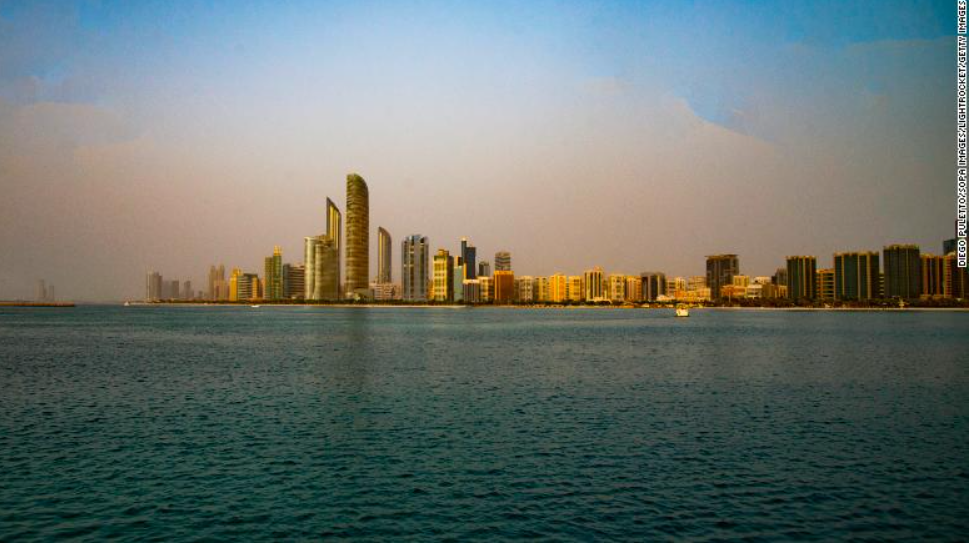 Last Thursday, the Saudi-led coalition said they detected multiple explosive-laden drones launched from the airport in the Yemeni capital Sanaa, which is controlled by Houthis.
On Monday, Houthi spokesperson Mohammad Abdulsalam called the UAE a “statelet” that is “desperate to serve the US and Israel.”
“(The UAE) had claimed that it distanced itself from Yemen, but it has recently been exposed, contrary to what it claimed. As a result, if it does not stop meddling in Yemen, by the power of God, we will cut off its hands,” said Abdulsalam.
“Operations like this will continue so long as the offensive and blockade continue and it will encompass strategic targets,” tweeted Ali al-Qhoom, a member of the Houthi’s political bureau. “These operations will happen within the context of a legitimate response to the crimes and attacks of the UAE in Yemen.”
CNN has requested comment from the government of the UAE.
Saudi Arabia condemned the attack in a statement. “We condemn in the strongest of words the cowardly terror attack that targeted Abu Dhabi International Airport in the UAE,” the kingdom’s Ministry of Foreign Affairs said. “The kingdom also points out that this terror attack which the Houthi militia is behind reconfirms the danger that this terror group poses and its threat to the security, peace and stability in the region and the world.”
France, Israel and the UK are among countries who have condemned the drone attack, with French Foreign Minister Jean-Yves Le Drian saying it threatened “regional stability.”
An expert told CNN that the Houthi rebels may be trying to deter further UAE intervention in Yemen in one of the major flashpoints in that conflict, Marib. “The intervention of the UAE-supported forces was a game-changer. This angered the Houthis,” said Maged al-Madhaji, executive director and co-founder of the Sana’a Center for Strategic Studies. “The Houthis are trying to create some sort of balance by striking the the image of stability and security in the Emirates.”