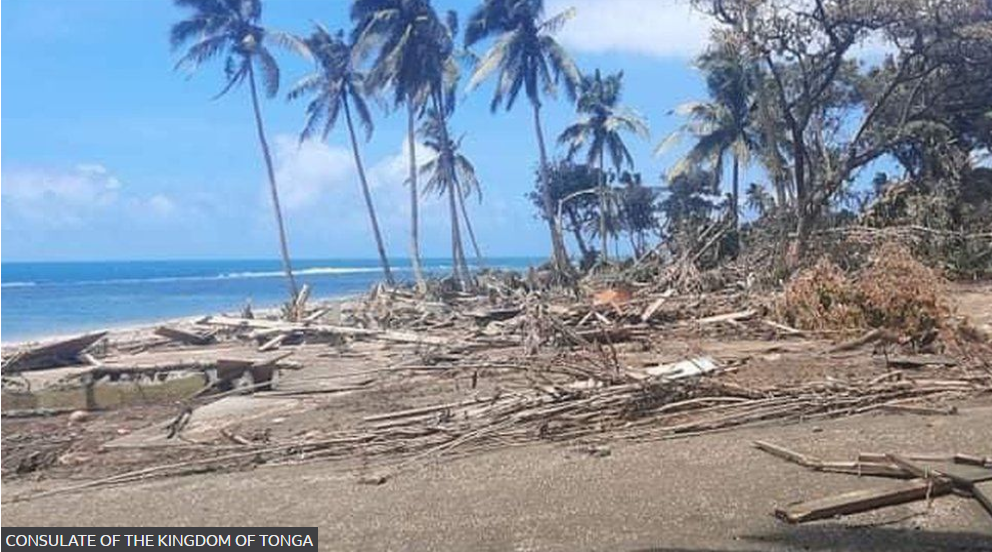 New pictures have emerged from Tonga, revealing the damage wreaked by tsunami waves triggered by an undersea volcano.

They show the Pacific islands blanketed in a layer of volcanic ash, while in coastal areas the waves have torn down trees and ripped buildings apart.

International phone links are said to have been restored but a severed undersea cable may take weeks to fix.

That means Tonga remains largely cut off from the outside world, with little known about the scale of destruction.

But the new images, released by Tonga’s consulate in the EU, show cars, roads and buildings in the capital Nuku’alofa coated in a film of ash. The dust has hampered relief planes from landing and delivering much-needed food and drinking water.