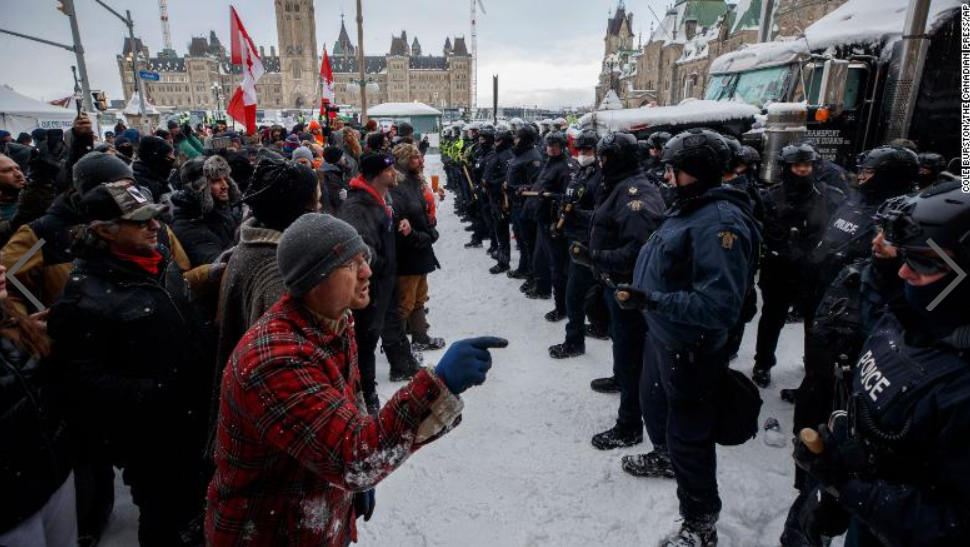 Ottawa (CNN)The Canadian government announced Wednesday it will lift the Emergencies Act, nine days after it was invoked, saying police have the tools they need to continue to deal with unlawful protesters.

“Today, after careful consideration, we’re ready to confirm that the situation is no longer an emergency. Therefore, the federal government will be ending the use of the Emergencies Act,” said Prime Minister Justin Trudeau at a news conference in Ottawa on Wednesday.
Trudeau said the sweeping powers were put in place to deal with an “acute” emergency, saying it was meant to be proportional and time-limited. Small pockets of protests remain across the country, including just outside Ottawa, where some protesters have been gathering on private or rural properties.
“Let’s be very clear: The threat continues. We do see, whether it’s social media activity or people who continue to be focused on protesting, and perhaps illegally protesting, that we need to be monitoring,” he said.
As late as Wednesday afternoon there was a heavy police presence in Ottawa’s downtown core, with several police checkpoints. But Trudeau said national security experts have advised him that current laws already in place are enough to deal with enforcement issues.
We got a high level of confidence that the existing tools that police forces have across the country will be sufficient to deal with further disruptions,” said Trudeau.
The protest started as a cross-country trucker convoy, dubbed the “Freedom Convoy,” protesting vaccine mandates. The convoy made its way to Ottawa, erecting a protest encampment for more than three weeks that residents and political officials described as an illegal occupation.
Protesters also demanded more from the government, wanting an end to all Covid-19 measures and, in some cases, demanding Trudeau’s resignation.
Trudeau called for healing and calm and acknowledged the pandemic had divided many Canadians.
“Let’s remember that we’re fighting a virus, not each other,” said Trudeau.
The Canadian Civil Liberties Association has initiated a court challenge to the act, saying it represents an “overreach” that unnecessarily infringes on Canadians’ charter rights.