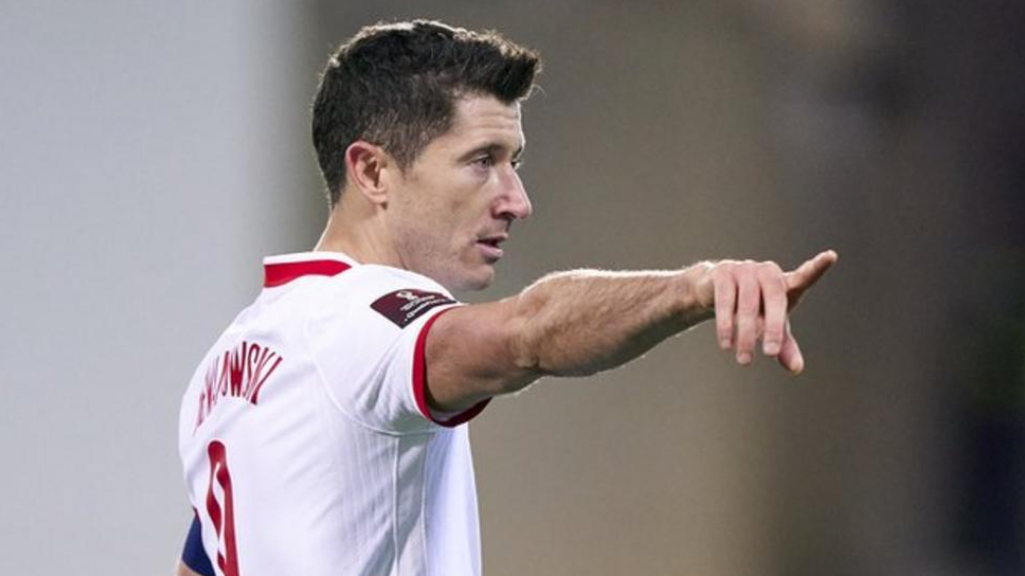 Poland will boycott their World Cup play-off against Russia because of the invasion of Ukraine, with captain Robert Lewandowski saying “we can’t pretend that nothing is happening”.

Polish football association president Cezary Kulesza has said the team “does not intend” to play the game.

Russia are due to host Poland in Moscow on 24 March, while Ukraine travel to Scotland on the same day.

On Thursday, Fifa said it would monitor the situation after Poland, Sweden and the Czech Republic said in a joint statement that play-off matches should not be played in Russia.

“No more words, time to act,” tweeted Kulesza on Saturday.

How else has sport responded to Russia’s invasion of Ukraine?

Many sports governing bodies, clubs and players have reacted to the Russian invasion of Ukraine by cancelling or postponing events due to be held in the region.

‘My conscience won’t let me play’ – what else did the Poland players say?

Bayern Munich striker Lewandowski, 33, who is his country’s all-time highest goalscorer, added: “I can’t imagine playing a match with the Russian national team in a situation when armed aggression in Ukraine continues. Russian footballers and fans are not responsible for this, but we can’t pretend that nothing is happening.”

Sweden are also in the play-offs where, they will meet the Czech Republic. The winner of that tie could meet Russia for a place at the World Cup finals, which get under way in Qatar in November.

“Due to the escalation of the aggression of the Russian Federation towards Ukraine, the Polish national team does not intend to play the play-off match against Russia,” added Polish FA president Kulesza.

“This is the only right decision. We are in talks with the Sweden and Czech Republic to present a common position to Fifa.”

Poland goalkeeper Wojciech Szczesny, who plays for Italian champions Juventus, said his “conscience” would not let him play.

“I refuse to stand on the pitch, wearing the colours of my country and listen to the national anthem of Russia,” wrote the 31-year-old former Arsenal player, whose wife was born in Ukraine.

“I refuse to take part in a sporting event that legitimises the actions of the Russian government.” 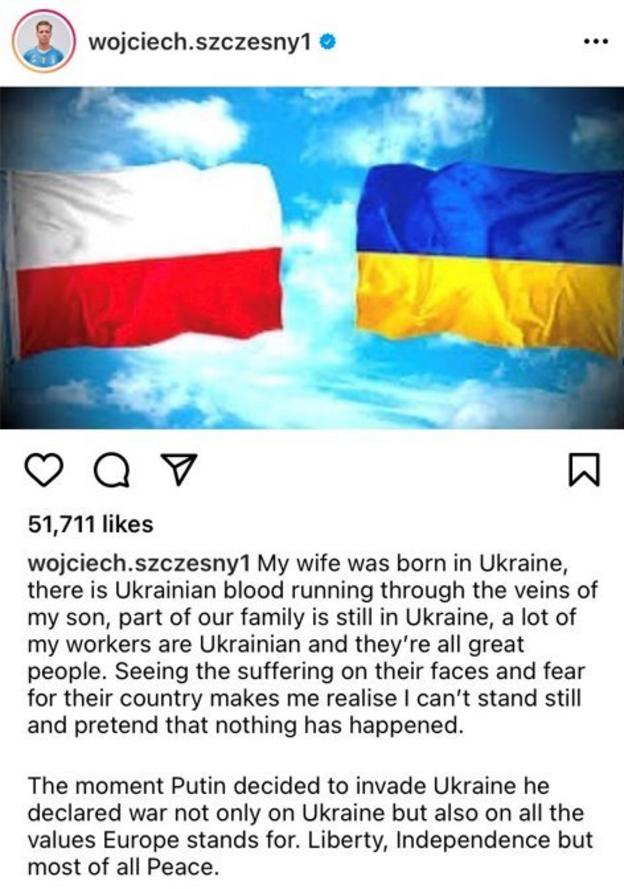 “It is not an easy decision but there are more important things than football,” read the collective statement.

The Poland players also highlighted the case of team-mate Tomasz Kedziora, who plays for Ukrainian club Dynamo Kyiv and is still in the Ukrainian capital.