Ukraine ‘will not accept’ concessions to Russia, Foreign Minister says 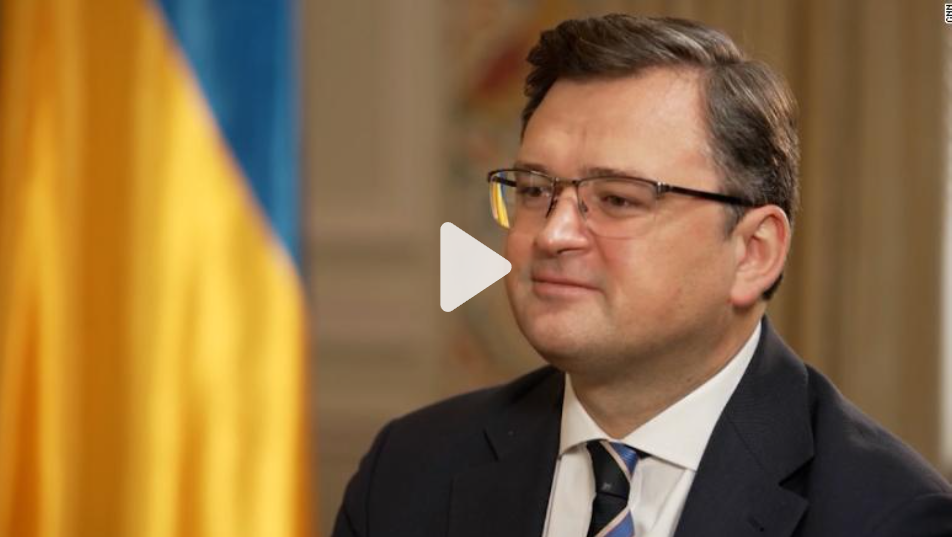 Kyiv, Ukraine (CNN)Ukraine “will not allow anyone to impose any concessions on us” as part of efforts to de-escalate the threat of conflict with Russia, Ukrainian Foreign Minister Dmytro Kuleba told CNN in an exclusive interview Tuesday.

Kuleba emphasized that the country would not accept any compromises aimed at placating Russian President Vladimir Putin, amid fears Russia may be planning to invade Ukraine — something Moscow denies.
“If anyone makes a concession on Ukraine, behind Ukraine’s back, first, we will not accept that. We will not be in the position of the country that picks up the phone, hears the instruction of the big power and follows it,” said Kuleba.
“We paid a lot — including 15,000 lives of our citizens — to secure the right to decide our own future, our own destiny,” he insisted.
Ukraine has warned that Russia is trying to destabilize the country ahead of any planned military invasion. Western powers have repeatedly warned Russia against further aggressive moves against Ukraine.
The Kremlin denies it is planning to attack and argues that NATO support for Ukraine — including increased weapons supplies and military training — constitutes a growing threat on Russia’s western flank.
Kuleba said he has no doubts about the US’s commitment to defending Ukraine, despite comments from President Joe Biden suggesting that a “minor incursion” by Russian troops might not lead to a severe response from the NATO military alliance.
“First, President Biden is personally committed to Ukraine. He knows this country, and he doesn’t want Russia to destroy it,” said Kuleba.
“Second, we heard from those US officials, speaking openly to the media, but also speaking to me and to other Ukrainian officials directly on the phone, that the United States will remain absolutely committed to slashing Russia if any type of incursion, invasion, interference takes place,” he added.
Kuleba called the US’s plan to reduce staff levels at its embassy in Kyiv, beginning with the departure of nonessential staff and family members, “premature.”
He said he respected every country’s right to protect its citizens, but added that an evacuation “spreads panic” and plays into Putin’s aim “to destabilize Ukraine from the inside and to make us weaker without resorting to military force.”
The minister said the US was “definitely not” overstating the threat from Russia.
On Monday around 8,500 US troops were placed on heightened alert for possible deployment to Eastern Europe.
Kuleba praised the decision and rejected suggestions that the move could anger Putin and escalate the crisis further.
“If we learned anything since 2014, it’s that it’s flawed logic to handle President Putin from the perspective: ‘Let’s do nothing in order not to make him angry.’ This is not how it works,” he said. “Strength, resolve, deterrence; these are the three elements that work with Putin, he respects strength, this is the fact.”
In March 2014, Russia annexed Ukraine’s Crimean peninsula.
“We have to be smart, we have to be reasonable, but we have to be strong,” said Kuleba. “If he feels the slightest signs of weakness, it will only prompt him to further escalate and to resort to war. And that’s what we have to avoid.”
Kuleba believes Putin has “shot himself in the foot” with the troop build-up, adding that there is very little Moscow can gain from the current situation that would save face.
“He put himself in this situation, no one else pushed him in that deadlock,” Kuleba said. “The set of demands put forward by Russia is designed in a way that if Russia is willing to act in good faith, there is a possibility to walk out of the negotiating room and say we made a deal.”
Russia has asked the US and NATO for certain security guarantees, including binding pledges that NATO won’t admit Ukraine or expand further east. Putin has emphasized that these demands are not an “ultimatum,” and Kuleba believes Russia is willing to talk.
“There is a space for diplomacy,” he said.