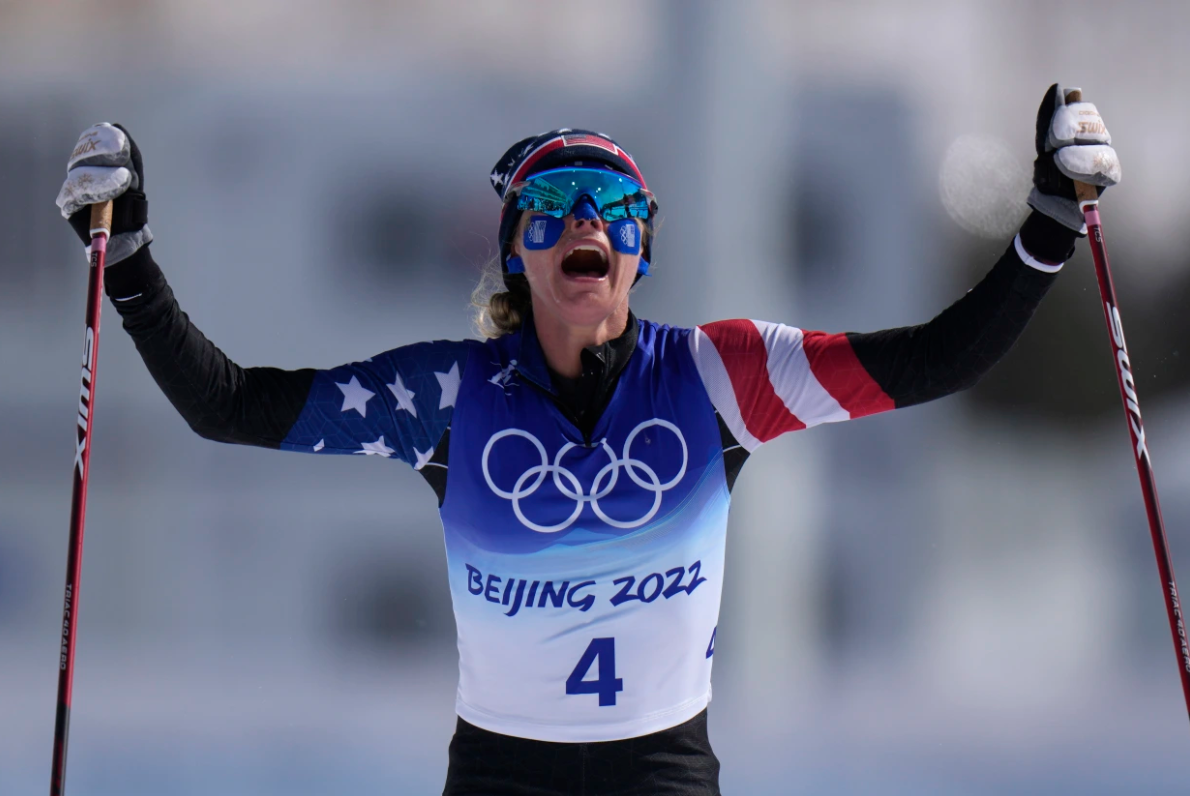 Jessie Diggins crossed the finish line in full tilt with nothing left to give to become the first non-European athlete to win a medal in the women’s 30km mass start event.

Johaug, 33, kept herself safely out of reach of competitors to win her second individual Olympic gold medal. She broke away from the lead group early, battling her way through gusting 17 kph winds to steadily increase her advantage with each kilometer. She remained strong on her skis and increased her cadence to dominate gradients with ease.

Prior to taking the start line Sunday, Johaug announced the mass start would be her last race at the Olympics. Coming into her last Winter Olympic appearance, she previously won 19 World Championship medals, 14 of them gold. She clinched her first individual Olympic gold medal at the 2022 Winter Olympics in the women’s skiathlon.

Diggins, a 30-year-old Minnesota native, maintained intensity and found her rhythm early. She fought through the pain barrier with glitter on her cheeks to add to her full color run of medals.

She finished the event in 1:26:37.3, and her silver medal completed the feat of earning a sprint medal — a bronze — and distance medal at the same Winter Olympics.

Diggins’ freestyle strides had strength and determination in each glide and kept Niskanen, 33, at bay.

After the race, Diggins said she’d had food poisoning 30 hours before and her legs were cramping during the race, but was buoyed by support from members of Team USA cheering on the sidelines.

“When it got really hard everyone was just breathing with me,” she said. “That was so hard but it is so special because I feel like we had so much help and love out there.”

The grueling endurance race weeded out some of the most successful cross-country skiers on the world stage including ROC’s Natalya Nepryayeva. She capped her 2022 Winter Olympic experience with a shocking “DNF” and walked off the course towards the end of her first lap.

The 26-year-old is the current overall World Cup leader and looked uncharacteristically uncomfortable on the course, laboring up inclines and finding slow ski times. She left the Games with gold, silver and bronze medals from the women’s relay, skiathlon, and team sprint.

Diggins’ teammate Rosie Brennan upped her pace and maintained her status in the first chase group. She ended in sixth at 1:27:32.7 over four loops of 7.5km with 300 meters of climbs.

Before the men’s 30km was discontinued, American Bill Koch won silver in 1976.