BDL to sell dollars to banks at LL12,000 for five days 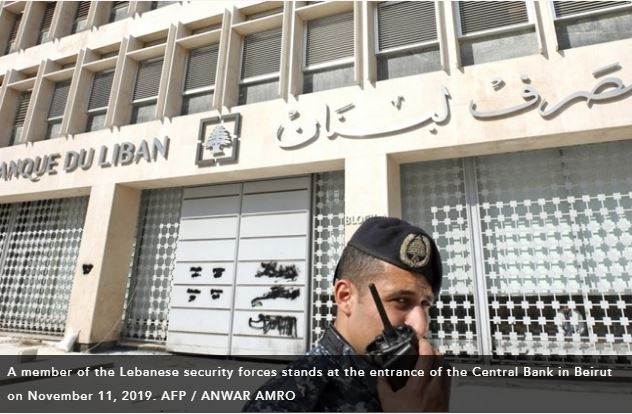 BEIRUT: The Central Bank said Thursday that it will sell US dollar banknotes to Lebanese banks on its Sayrafa platform at the rate of LL12,000 as of Friday until Tuesday next week.

“The Governor of the Banque du Liban Riad Salameh announced that the Central Bank will sell dollars to banks participating in the ‘Sayrafa’ platform, at the rate of LL12,000 per dollar,” a BDL statement said.

It added that the transactions will be completed on Thursday May 27, 2021, adding that the payments will be made through the correspondent banks only.

It’s not clear, however, if this move by BDL would help ease the demand for dollar banknotes in the black market.

The launching of the platform did not have any major impact on the devaluation of the pound as most traders noticed that the dollar rate has exceeded LL12,000 in the past few days.

The local currency has lost some 85 percent of its value over the past 18 months amid an acute political, economic and financial crisis that has threatened to destabilize the country.

The partners in the platform remained the same: the Central Bank, commercial banks and licensed money changers, with the difference of allowing banks to sell and buy dollars in cash, according to internal operational mechanisms, monitoring and control mechanisms, determined by the Central Bank.

Bankers stressed that the only way the dollar exchange rate rise can be halted is for BDL to inject millions of dollars in the market each day.