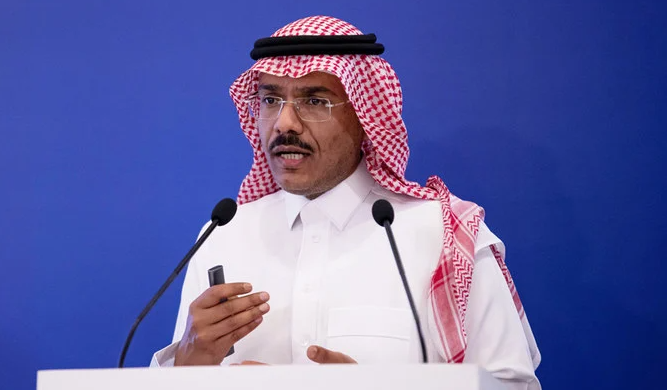 JEDDAH: Saudi Arabia’s Ministry of Health (MOH) has said that no infections of “black fungus” have been detected in the Kingdom.

Dr. Mohammed Al-Abd Al-Aly, Saudi Arabia’s ministry of health spokesman, refuted claims that mucormycosis, a rare and potentially deadly infection also known as black fungus, was a variant of COVID-19 or had any affiliation with it. He said that the fungus was caused by a mold found in damp environments that caused respiratory tract infections but was not contagious.

Al-Aly said that Saudi health authorities were constantly following up on patients who had recovered from the disease. The fungus required a particular environment for it to infect patients who had poor immune responses. The causes of the infection were still unclear, he said.

Meanwhile, there has been a 74.59 percent rise in Saudi Arabia’s daily COVID-19 cases over nearly six months, according to the MOH. Al-Aly said that the rise had been attributed to gatherings that violated precautionary measures and protocols.

“We’ve noticed the rise in cases which later fluctuated, a sign that they’re stabilizing, and we hope to see the curve begin to decline,” he said. “The higher the case count, the higher the rise in critical cases, and in some good news, we’ve noticed some stability as of late in critical cases and we hope that it continues to fluctuate and decline as a result of the stability.”

Al-Aly said that residents above the age of 60 can now register for their first or second COVID-19 vaccine doses through the MOH-approved app, Sehhaty, and request an appointment through the “priority” service where appointments for this specific demographic are available. Al-Aly said this group had a higher priority based on recommendations from health authorities.

Those above 60 years of age are exempt from receiving just one dose, they’ve been given the priority to receive both doses and we urge those who received just one dose to book an appointment to receive their second dose,” he said. Al-Aly refuted claims by those hesitant to receive the vaccine that finding appointments was difficult or complicated, or who had declined to receive it due to a belief that post-vaccine reactions could cause more health issues.

A total of 1,067 new cases were reported by Saudi Arabia’s Ministry of Health on Sunday, taking the total number of cases to 440,914.

There are currently 8,975 active cases, of which 1,344 are critical, and there has been an increase in critical cases, by 15, in the past 24 hours. Twelve deaths were reported, taking the total number of deaths to 7,249.

A total of 322 cases were recorded in Makkah, 292 in Riyadh, 138 in the Eastern Province and 105 in Madinah. The least number of cases was recorded in Jouf with only three cases.

A total of 895 people have recovered from the virus in the past 24 hours, taking the number of recoveries to 424,690.

The Kingdom’s recovery rate is holding steady at 96.3 percent.

A total of 77,269 PCR tests were conducted, meaning that more than 18 million tests have been conducted since the start of the pandemic — and 12.9 million COVID-19 vaccine doses have been administered to date. Research is still being conducted on the use of different shots for the first and second doses, and the findings are yet to be released.

Al-Aly rejected claims that residents of the Kingdom would not receive their second doses. He said that those below the age of 60 would be given an appointment at a later date and the delay was due to the recommendation to vaccinate the largest proportion of the community with at least one dose to reach herd immunity.

Between 15,000 to 20,000 doses of the COVID-19 vaccine are provided daily to beneficiaries spread across 15 centers in Makkah, and plans to raise the capacity by 50 percent are underway nationwide.

One of the largest outfits providing inoculations, the Umm Al-Qura University’s vaccine center, accommodates 8,000 beneficiaries, who receive doses at one of its 60 clinics, which are accessible 24 hours a day.