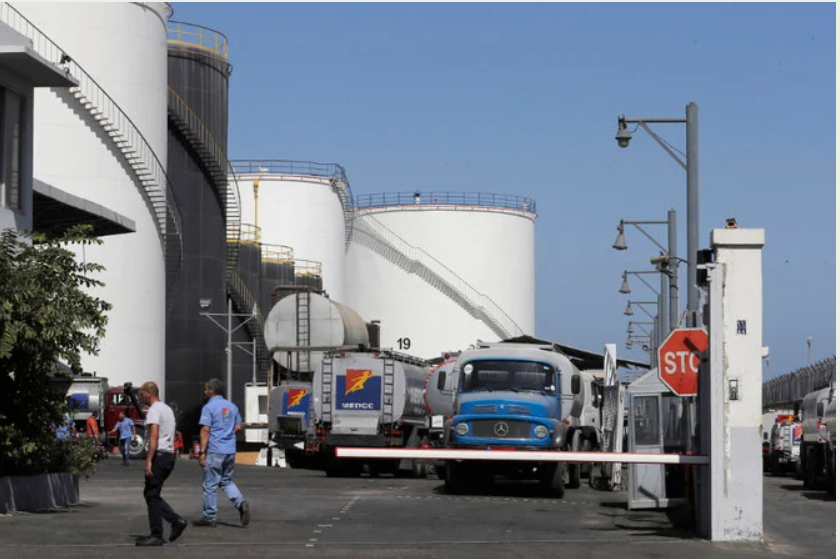 BEIRUT: Lebanon is witnessing shortages in medicines, fuel and other basic goods, with long lines forming outside petrol stations on Thursday.

The country has been grappling with an unprecedented economic and financial crisis that has seen the local currency collapse and banks clamp down on withdrawals and money transfers.

Ongoing political contacts have not reached a breakthrough to end the stalemate on forming the government.

As protests against living conditions continued on Thursday, streets in Beirut turned into a large parking lot, with queues near gas stations as people filled their tanks with gasoline.

Some drivers spent all night in their cars.

Information, meanwhile, spread on social media platforms that “the petroleum price may be reaching LBP140,000 ($93) based on the dollar exchange rate in the black market and the price of oil barrels at the moment.”

The dollar exchange rate in the black market increased on Thursday, reaching LBP14,750 against the dollar.

Walid Dib, head of the fuel companies’ workers and users syndicate, warned that the “oil and gas sector is nearing collapse next week when the companies’ reserves run out.”

He added: “It is weird how officials and decision-makers lack interest in that, and no decisions are taken by those responsible for the file in order to put an end to the crisis.”

Gas stations’ tanks have been constantly low on subsidized gasoline for weeks, but shortages reached a new depth on Thursday as people’s fears of rationing and shortages intensified, leading to a large number of gas stations closing down.

The gas station owners’ syndicate urged the government and Banque du Liban (BDL) “to clearly announce their policies in this sector and be frank with us and the people about what they truly want to do.”

This new crisis — adding to the many calamities facing the Lebanese — is dangerous, as it affects Lebanon’s service system and all of its sectors, with the latest being the shortage in fuel to operate power plants two days ago.

MP Michel Daher, who withdrew from Gebran Bassil’s bloc last year, expressed his fear of “the fuel crisis leading to an industrial and agricultural disaster.”

He said that a number of factory owners informed him that they will close down next week due to a shortage in fuel oil, which is still smuggled into Syria.

He noted that “the unavailability of fuel will prevent farmers from irrigation.”

He told Arab News: “There is a systematic plan to destroy the Lebanese economy, especially in summer when the Lebanese await the return of migrants who refresh the economy with dollars. I know that a large number of those canceled their visit.”

He noted that “the political class in Lebanon is in denial, and people are rapidly heading toward the crisis while the state does not have any response plan.”

The MP said: “There is deadly inflation and no one wants to admit the problem.”

He voiced concern that some parties “want the collapse to happen.”

Daher said he believed that some political sides in Lebanon “want to reformulate the Taif Agreement, and the full collapse helps hold a constitutional convention.”

Daher added: “Each side wants to relaunch itself politically, by proving its point of view.

“Each side has its political agenda, and the internal solution might require chaos, as this brings people to power who might not reach it with external solutions. They are preceding the regional solution in order to remain on the table.”

On Thursday, petroleum importing companies called on canceling subsidies on gasoline “amid the rationing transfers of the BDL which has lowered the monthly number of electricity-generating ships from four to one.”

George Brax, a spokesperson for the gas station owners’ syndicate, said the BDL “has not given its pre-approval to petroleum importing companies, which allows them to unload electricity-generating ships that have reached the Lebanese waters or will arrive in a few days.”

He referred to “calls taking place in an attempt to find solutions.”

Brax feared that “humiliating citizens and gas station owners at the moment is in the framework of the political game in the country.”

An electricity-generating ship has been waiting in the sea. Another is expected to arrive in two days, but the BDL has not made the necessary funds available.

Brax criticized the government and the BDL that spent “tens of billions of dollars from the depositors’ money and refrained from paying a few million dollars to save the summer that will multiply the dollars they spent.”

He added: “Halting imports all of a sudden and leaving the country without fuel is a criminal and destructive act.”

The unannounced lifting of subsidies on 98-octane gasoline is part of the plan to rationalize subsidies that previously affected food items, with only eight items currently subsidized.

A source at the Ministry of Finance told Arab News: “Failure to directly announce lifting subsidies is due to fear that it leads to public protests with unintended consequences. None of the politicians want to bear those consequences.”