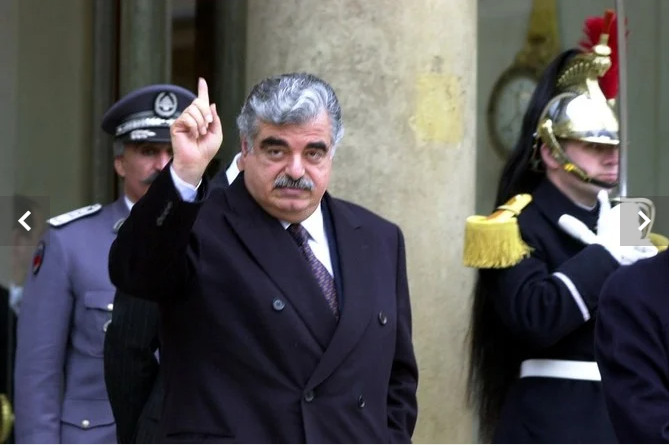 BEIRUT: A UN tribunal set up after the 2005 assassination of former Lebanese prime minister Rafik Hariri has warned it will be forced to close after July unless it finds urgent funding.

The Special Tribunal for Lebanon (STL) has said it is facing an “unprecedented financial crisis” and requires immediate funding if it is to continue operations after July.

The tribunal was established in 2009 to investigate and try suspects over the 2005 Beirut bombing that killed Hariri and 21 others.

It is the first international criminal tribunal of its kind to prosecute terrorism on the level of individuals and not states, with the aim to “send a strong message globally that terrorism will not go unpunished.”

The Netherlands-based court said in a statement on Wednesday: “Without immediate funding, the tribunal will not be able to operate beyond July 2021,” describing its financial crisis as “unprecedented.”

In the statement, the STL said that the shortage of funding “will affect its ability to conclude its current mandate and the two cases currently before it.”

The trial chamber in August 2020 tried suspect Salim Ayyash in absentia on five charges related to the bombing.

On Dec. 11 last year, Ayyash was sentenced to life imprisonment, with the tribunal saying that he “played a key role in the attack that killed Rafik Hariri.”

It added: “The attack was political and aimed to eliminate a political opponent, and while there was no direct evidence, it most probably involved state actors.”

Ayyash, 58, acted as a prominent military leader within Hezbollah. The US Department of State said that he performed a “senior operative role in Hezbollah’s Unit 121, the group’s assassination squad.”

Its Rewards for Justice program offered a reward of up to $10 million for information leading to the location or identification of Ayyash.

Other defendants Hassan Habib Merhi, Hussein Hassan Oneissi and Assad Hassan Sabra were found not guilty on all counts. Appeals proceedings are ongoing against Ayyash and others, on the account of other assassinations that took place after 2005.

“Court officials have formally notified UN Secretary-General Antonio Guterres of the financial situation which will result in the tribunal’s inability to complete its work if no contributions are secured before the end of July,” the STL statement said.

The tribunal relies on 51 percent of its budget from donor countries and 49 percent from the Lebanese government.

STL spokesperson Wajed Ramadan told Arab News: “The tribunal’s closure is a profoundly serious and unprecedented matter. Therefore, the STL calls on the international community and Lebanon to support it to be able to continue its judicial work for the victims of terrorism in Lebanon. The tribunal is also very crucial to the prosecution on the international level.”

Ramadan did not comment on whether Lebanon has notified the tribunal about its decision not to pay, but said: “If no funding is secured before the end of July, everything the tribunal has achieved so far would be in vain.”

Sources told Arab News that it would mean “all procedures to arrest Ayyash would also stop and it will be as if the tribunal never existed, without any other alternative mechanism to prosecute terrorists.”

Paul Morcos, legal expert and founder of the Justicia Consulting Law firm in Beirut, said: “Lebanon is unable to pay its share, even if the amount is reduced, due to its financial crisis.”

When asked whether the state’s reluctance to fund the tribunal has a political basis, Morcos added: “The risk of the tribunal’s closure is due to financial problems, at least this is the apparent cause. However, this tribunal, which was set up to prosecute individuals and not states, is a cause of distress for many because its rulings are not substantive.”

The tribunal had earlier reduced its budget for 2021 by 37 percent compared with previous years, given difficult conditions brought about by the coronavirus pandemic and economic situation in Lebanon.

In March, a $15.5 million contribution to the STL was delivered by the UN, covering 75 percent of Lebanon’s quota and leaving the government just 25 percent of its annual share to pay off.

Registrar David Tolbert said: “Despite the STL’s initiative to reduce its staff and budget in general, it will still have to close in the coming months if no funding is secured.”