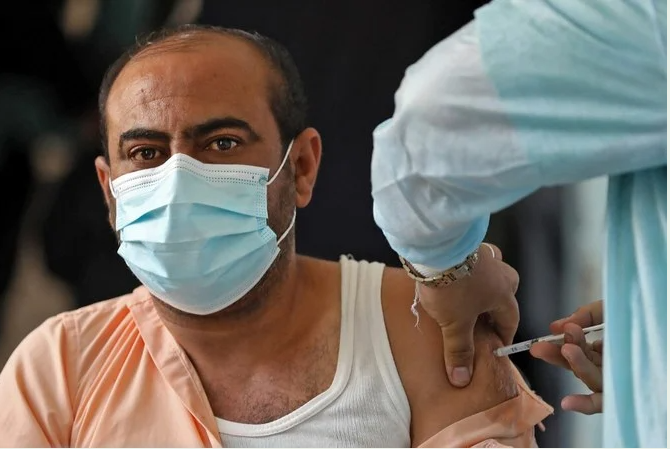 DUBAI: Yemen’s Houthi militia, who control most of the country’s north including the capital Sanaa, have been blocking international efforts to supply COVID-19 vaccines, Human Rights Watch said on Tuesday.
The New York-based group accused Houthi leaders of suppressing information about both the dangers of COVID-19 and the prevalence of the disease in territory under their control.
“The deliberate decision of the Houthi militias to keep the real number of cases of COVID-19 under wraps and their opposition to vaccines are putting Yemeni lives at risk,” said HRW’s deputy Middle East director Michael Page.
“Pretending COVID-19 does not exist is not a mitigation strategy and will only lead to mass suffering.
“Given the weakened health care system in Yemen, Houthi militia should at least ensure transparency so that civilians living in their areas can understand the scale of the pandemic and facilitate an international vaccination plan that meets the needs on the ground.”
Yemen received 360,000 doses of the AstraZeneca vaccine on March 31, the first of 1.9 million doses to be delivered this year through the Covax program for poorer countries.
However, the militias’ failure to cooperate with the World Health Organization and the Yemeni government has prevented any vaccines from reaching the north, HRW said citing a medical source with “direct knowledge of the circumstances.”
As a result, vaccinations have only been occurring in the government-held south.
HRW quoted Houthi officials as dismissing COVID-19 as a “conspiracy.”
“America bears the primary responsibility for the COVID-19 epidemic,” it quoted militia leader Abdul Malik Al-Houthi, as saying in a televised speech last year.
Since March 2015, the militia has been fighting an Arab coalition which intervened in support of the government as it teetered on the brink of defeat.
The conflict has claimed tens of thousands of lives and created what the United Nations describes as the world’s worst humanitarian crisis.