Lebanon’s runaway inflation reaches 211% in May 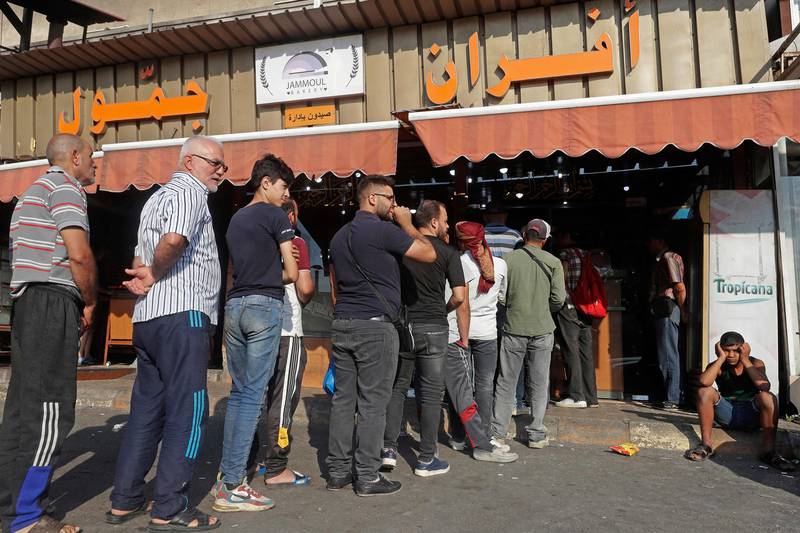 Lebanon continues to endure runaway inflation as politicians jostle to form a new government more than a month after parliamentary elections, delaying the enactment of reforms that can unlock $3 billion from the International Monetary Fund to resuscitate its economy.

Inflation in the country, which faces its worst economic crisis since its independence in 1943, rose to 211 per cent last month from the same period a year earlier.

This is the 23rd consecutive triple-digit increase of the Central Administration of Statistics‘ Consumer Price Index since July 2020. The index increased 7.85 per cent from April 2022.

“The inability of the authorities to monitor and contain retail prices … as well as the fluctuation of the Lebanese pound’s exchange rate on the parallel market and the gradual lifting of subsidies on hydrocarbons, have encouraged opportunistic wholesalers and retailers to raise the prices of consumer goods disproportionately,” Byblos Bank said in a note on Tuesday.

The smuggling of imported goods has also led to supply shortages locally while raising their prices, the lender said. The emergence of a black market for the trading of petrol has also driven up inflation.

Transport costs increased 515 per cent in May 2022, compared with the same month last year, followed by the health segment, which surged 468 per cent.

Water, electricity, gas and other fuels soared 445 per cent while food and non-alcoholic beverages rose 364 per cent. 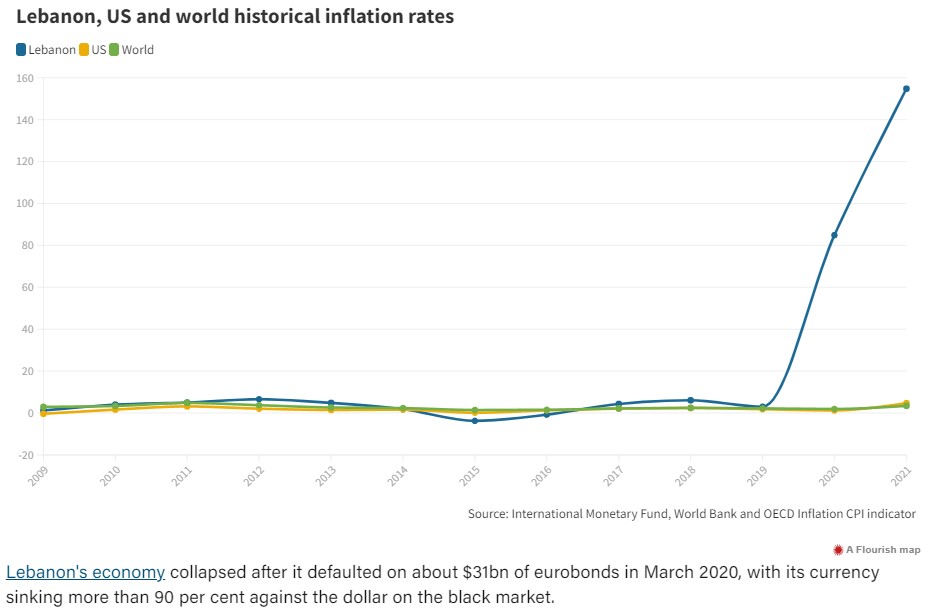 Lebanon’s economy collapsed after it defaulted on about $31bn of eurobonds in March 2020, with its currency sinking more than 90 per cent against the dollar on the black market.

Public debt, already a major overhang, continued to rise, reaching $100bn, or about 212 per cent of gross domestic product, in 2021.

That ranks Lebanon as the country with the fourth-highest debt-to-GDP ratio in the world, surpassed only by Japan, Sudan and Greece, according to the World Bank.

A political vacuum and failure to form a new government is expected to exacerbate the country’s economic crisis.

The president has to be a Maronite Christian, according to the country’s power-sharing structure. The president approves all legislation and serves as commander in chief of the Lebanese army.

Political wrangling left Lebanon without a president for two and a half years until Mr Aoun’s election by the 128-seat Parliament in 2016. His predecessor Michael Sleiman was elected in 2008 after the position remained vacant for 18 months.

Donor countries and international organisations have been reluctant to provide any funding to the country until it begins to put in place the necessary reforms.

The IMF’s permanent representative in Lebanon, Frederico Lima, met caretaker Finance Minister Youssef Khalil, a former central bank official, this week, as well as other politicians in the country.

Securing IMF funding will help to unlock a further $11bn of assistance that was pledged at a Paris donor conference in 2018.

Lebanese authorities must enact a list of reforms before the fund’s board approves the four-year $3bn credit line.

Once the IMF programme is in place, Lebanon’s government will need to make other changes that include a single exchange rate and capital controls, as well as reform state-owned enterprises and strengthen governance and fiscal reforms.

That is the largest contraction on a list of 193 countries.