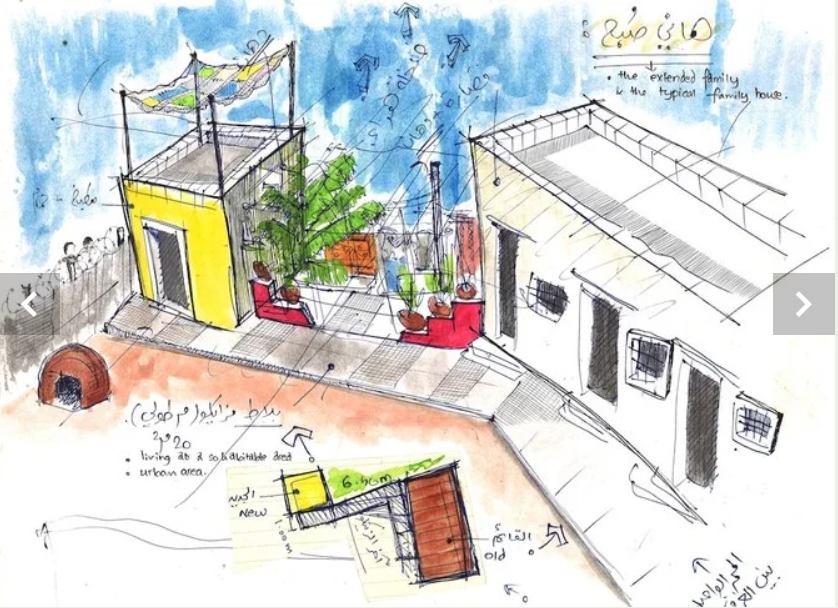 DUBAI: For Palestinians living in the Gaza Strip, “home” is a concept that rarely conjures images of safety and stability.

Israel and Hamas have fought four short but savage wars since the militant group seized control of this sliver of territory in 2007.

With each wave of violence comes a fresh cycle of destruction and reconstruction, a “recycling of pain,” as Mohamed Abusal, an artist based in Gaza, told Arab News.

At the end of May, tens of thousands of Palestinians returned to their homes in Gaza to inspect the damage following 11 days of fighting — the gravest escalation in hostilities since the 2014 war.

According to Palestinian officials, at least 2,000 housing units were destroyed and 15,000 damaged by the latest bout of violence, further degrading the already fragile humanitarian situation in Gaza, long squeezed by an Israeli and Egyptian blockade.

Gaza had not yet recovered from the 2014 war when the fighting resumed on May 10. Older buildings now stand like crumbling tombstones alongside newly shattered edifices. It is a sight all too familiar to residents of the territory.

To help redefine Gaza’s ravaged urban topography, Palestinian architect Salem Al-Qudwa has developed a series of designs for self-build homes, which are flexible, green and affordable.

The innovative design means the units can be built on sand or rubble and easily slotted together, allowing extended families to live under one roof — a potential lifeline for those widowed or orphaned by the recent fighting.

“These are homes that can empower the Gazan community,” said Al-Qudwa, a fellow of the Conflict and Peace with Religion and Public Life program at Harvard Divinity School. “The Israelis destroyed multi-story buildings and threw their inhabitants into poverty. They have lost everything. This is the problem right now, this endless cycle of destruction and reconstruction, but, more importantly, destroying the physical as well as social fabric of Gazan society.”

Al-Qudwa was appalled to see a repeat of the havoc wreaked on Gaza in 2014.

“Those attacks pushed Gaza back by several decades, destroying the infrastructure of many parts of the city and also the social fabric, which is crucial in relation to housing,” he said. “Now the conflict in 2021 is pushing Gaza back 50 years.”

The 2014 war destroyed around 18,000 homes, leaving an estimated 100,000 Palestinians homeless. However, the temporary wooden structures built by international aid agencies involved in post-war reconstruction were not conducive to the needs of large families and did not provide adequate temperature controls.

Instead of consulting with locals on how to proceed with Gaza’s reconstruction, aid agencies turned to foreign architects, “coming to replace our social structure with a mud house, a sandbag or a wooden shelter,” Al-Qudwa said.