Prevalence of current and past COVID-19 in Ohio adults

During 20 days in July 2020, we measured the prevalence of current and past COVID-19 in a representative sample of 727 Ohio adults. Participants provided a nasopharyngeal swab for PCR detection of current COVID-19, and a blood sample for detection of antibodies.
Indicative of past COVID-19. Using a Bayesian latent class model with multilevel regression and poststratification, the statewide prevalence of current COVID-19 was 0.9% (95% credible interval, 0.1% to 2.0%). The statewide prevalence of past COVID-19 was 1.5% (95% credible interval, 0.3% to 2.9%).
While hundreds of thousands of Ohio adults have had COVID-19 since March 2020, community spread is ongoing and many millions remain susceptible

Sample: Within each of eight administrative regions in Ohio, we selected 30 census tracts using probability-proportionateto- size cluster sampling, and recruited randomly-sampled households within each of the 240 selected census tracts (FigurE 1). Overall, 727 individuals enrolled in the study (Figure 2). Participants were demographically similar across the eight geographic regions. The sample skewed female (weighted percent: 58.0% female vs. 40.8% male), and the mean age was 55.8 years. A majority (88.4%) reported white race, while 5.5% were Black, 1.7% Asian, 0.3% Native American, and less than 1% from other races. Similar to Ohio overall, 3.2% of the sample was Hispanic. Twenty-nine percent of respondents reported their highest level of education to be high school graduation, whereas 49.1% had attended some college or received an Associates or Bachelor’s degree. The mean number of adults living in enrolled households was 1.9, and the mean number of children living ienrolled households was 0.6.

Nearly all (n=716, 98%) participants had valid nasopharyngeal swab PCR test results. From the Bayesian latent class model with multilevel regression and poststratiﬁcation, the statewide prevalence of current COVID-19 was 0.9% (95% credible interval, 0.1% to 2.0%). Given the size of the adult population of Ohio, this prevalence corresponds to approximately 80,000 COVID-19 cases among Ohio adults during that time period. Meanwhile, approximately 23,000 Ohio adults were diagnosed with COVID-19 during the same 20 days, suggesting that total cases in the state were approximately 3.5 times as high as diagnosed cases.

A smaller proportion (n=592, 81%)of participants had valid antibody results for all hree assays. Again using a Bayesian latent class model, the statewide prevalence of past COVID-19 was 1.5% (95% credible interval, 0.3% to 2.9%), corresponding to approximately 133,000 Ohio adults with evidence of past COVID-19. Importantly, the antibodies measured in this analysis remain detectable for an uncertain period of time; current data suggest that most people will no longer have detectable antibodies three months after infection. 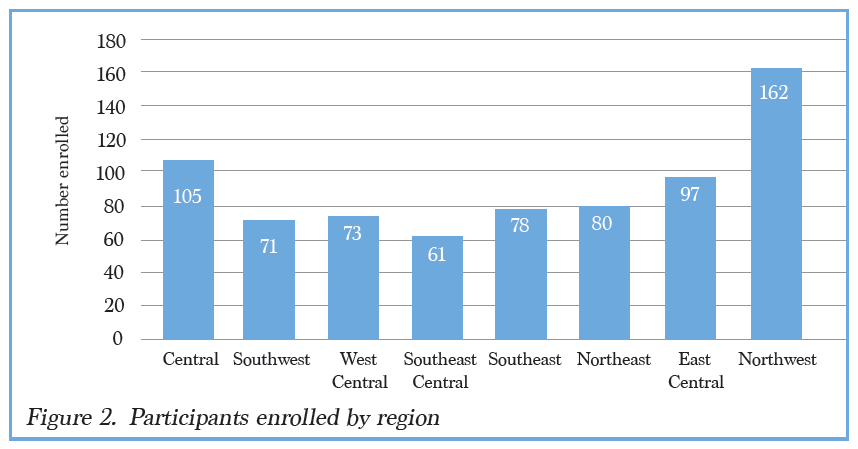 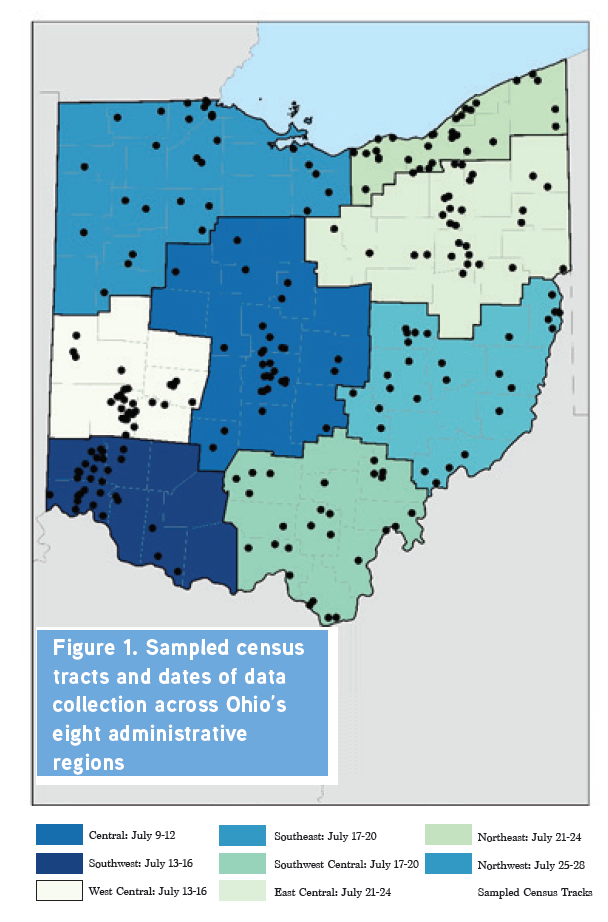