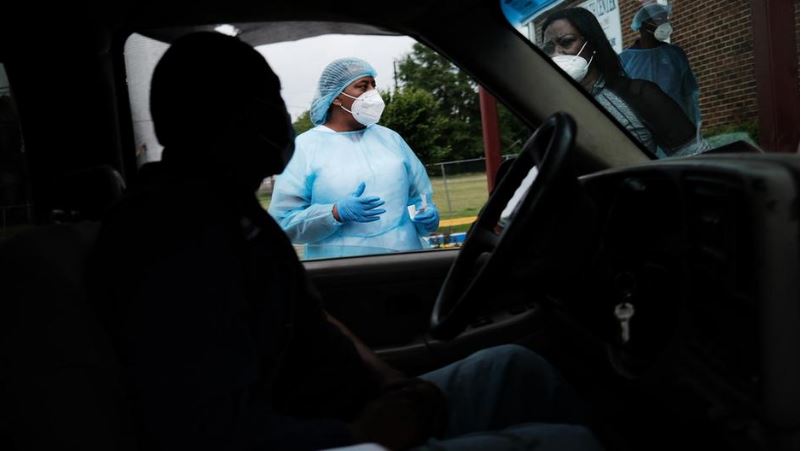 The White House announced new efforts to vaccinate Americans, including an expansion of free rides from Uber and Lyft to vaccination sites and a partnership with community colleges to administer vaccines.

Lyft and Uber will offer free rides through July 4 to anyone going to receive a vaccine in the US, the White House said.

This is an expansion of programmes the companies were already providing to low-income individuals in co-operation with pharmacies and non-profits.

The Biden administration and its federal pharmacy partners are also seeking to start on-site vaccination clinics at community colleges in a bid to inoculate students, staff and those in nearby communities.

The White House said it selected community colleges because of the diversity of their student populations.

The announcement comes as Mr Biden meets virtually on Tuesday the leaders of Massachusetts, Utah, Ohio, New Mexico, Maine and Minnesota to discuss “innovative ways governors are working to get the people in their states vaccinated,” White House Press Secretary Jen Psaki said.

Mr Biden said the country is in a new phase of its vaccination campaign as domestic demand weakens. The US is administering about 2.1 million shots per day, down from 3.4 million about a month ago, even though there’s enough supply to give more.

But coronavirus cases are falling at an even faster pace than vaccinations are occurring. The US reported 21,767 new cases on Sunday, the lowest daily total since June 2020. In early April, the country was still averaging more than 60,000 new cases a day, according to federal data.

The pool of people who will eagerly seek out an appointment to receive a vaccine is all but exhausted, forcing the government to shift its attention to those willing to take it but who don’t want to go out of their way.

The administration’s moves include winding down mass vaccination clinics while steering more shots to rural and mobile sites. Some states are offering incentives: West Virginia Governor Jim Justice has proposed giving a $100 savings bond to anyone aged 16 to 35 who receives a shot, while leaders in New Jersey, New Orleans and Washington, DC, have offered beers and shots of liquor.

“We always expected we’d be in a different phase,” Ms Psaki said Monday.

“And it means we have to work extra hard to get into communities, to have partnerships with local doctors, with primary care physicians, to expand access, expand mobile units that are going into communities to get the supply out to people.”

Mr Biden and his team have repeatedly dismissed any suggestion of requiring vaccination or creating a federal registry of people who have received their shots, instead focusing on increasing information about vaccine safety and efficacy and access to shots.

Mr Biden’s latest target calls for 70 per cent of US adults to receive at least one shot by July 4; about 58 per cent have received one.

Dr Anthony Fauci, the head of the National Institute of Allergy and Infectious Diseases and a top medical adviser to the Biden administration, said reaching the president’s target likely will prevent major flare-ups later this year.

“The larger proportion of the population that’s vaccinated, the less likelihood that in a season like the coming fall or winter you’re going to see a significant surge,” Dr Fauci said on NBC’s Meet The Press on Sunday.