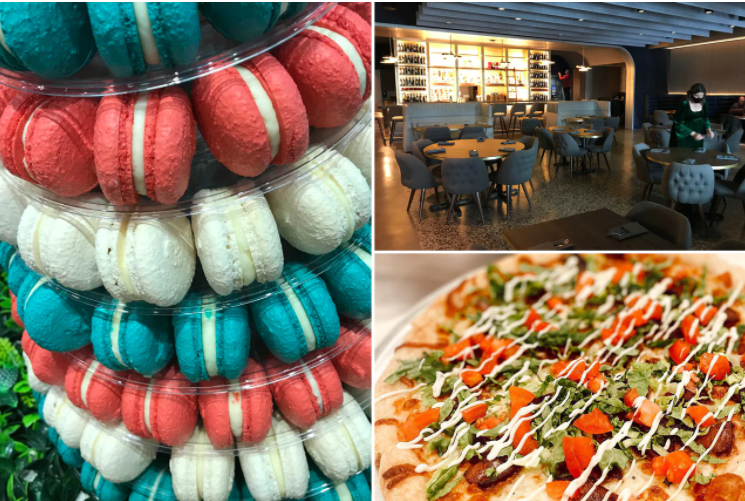 CLEVELAND, Ohio — After Ohio lifted its pandemic restrictions this month, diners were welcomed with plenty of new eateries to check out in Greater Cleveland.

Restaurants, cafes and bars have been popping up in Northeast Ohio in the first half of 2021, filling vacant spots and newly constructed restaurant spaces alike. The new businesses follow what’s been a brutal year. In 2020, many local restaurants closed their doors due to financial strains related to COVID-19.

But Cleveland’s dining scene is still thriving and updating with fresh ideas and concepts nearly every week. Here are some of the new restaurants that have opened in 2021:

Ben Bebenroth closed his acclaimed Spice Kitchen + Bar in Cleveland’s Detroit-Shoreway neighborhood at the beginning of the pandemic and then worked diligently on planning and opening Keep the Change Kitchen Collective, which offers multiple culinary concepts under one roof, including Winner Winner Spatchcockery, Winner Winner Wing Shop, Leif Burly Salads and Bowls and Woo Noods and Rice.

Youngstown-based StoneFruit Coffee Company opened its first Cleveland location this spring, taking over the former Pour Coffee space downtown. When Pour closed in February, StoneFruit owner Josh Langenheim jumped at the opportunity to bring his brand into downtown Cleveland. The space has been updated with new bar tops, tables and seats, and a Cleveland city skyline mural on one wall.

The former Magnolia club space in Cleveland’s Flats neighborhood has transformed into Goodnight John Boy, a ’70s-themed disco bar and eatery. The space is distinctly different from Magnolia’s late-night club atmosphere. Co-owner Bobby Rutter instead aimed to update the bar into a “‘70s basement kind of vibe.”

And what would a disco bar be without some disco music? Rutter said that Goodnight John Boy will feature local DJs spinning tunes from the ’70s and ’80s, and also modern artists influenced by the era, like Bruno Mars and Dua Lipa.

The space will focus on its bar but will have two items on its food menu: pizza and chicken fingers. Ingredients have been imported from New York’s Kesté Pizzeria.

Gary Carrino’s award-winning barbecue is the focus of Bronco’s Western BBQ, a new restaurant that opened on March 1 in Cleveland. Carrino co-owns the space with longtime friend and collaborator Frank Lord. The two noticed the space — formerly a Gyro George restaurant — was vacant last year and decided to make a move to open their own spot.

Another newcomer — but one worth keeping an eye on — is Dante Boccuzzi’s Goma. The chef’s latest concept will take over the former Chinato space on East 4th Street, focusing on sushi rolls, noodles, tempura plates and hot pot dishes, including shabu-shabu. After a year’s delay due to the pandemic, Boccuzzi finally plans to open the space by the end of June.

Longtime Michael Symon restaurant manager and chef Matt Harlan struck out on his own to open Chatty’s Pizzeria on March 2. Harlan landed the restaurant in Bay Village, where he lives, near BayArts, where his wife Melanie works.

Though Chatty’s Pizzeria offers a neighborhood pizza shop, Harlan said that the restaurant is meant to be an elevated but still friendly option for customers, whether they’re families or dates.

“All the pizzas we’re doing are hand-tossed, which is a little different from other pizza places. I’m just doing my own spin on them. They’re a little bit lightly sauced with light cheese. I’m not trying to do a ton of toppings on everything,” Harlan said. “It’s more than a pizza shop to me. It’s more of a restaurant that fits into this campus and Bay Village. I don’t know that this concept would work in a ton of places.”