Once-hyped Lordstown Motors warns it might go out of business: The Wake Up for Thursday, June 10, 2021 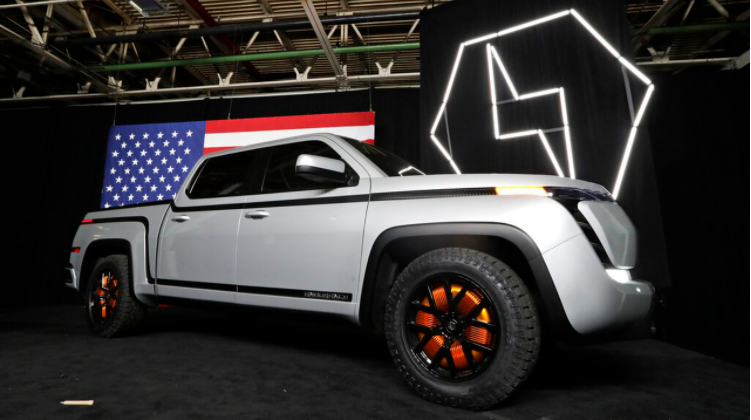 Mostly sunny skies are in the forecast today with highs in the mid-80s. There are chances of isolated showers and thunderstorms through the evening. It will be mostly cloudy overnight with lows in the mid-60s. Read more.

Lordstown: Electric-truck startup Lordstown Motors Corp. was hyped as a potential savior of thousands of Youngstown-area manufacturing jobs. Jeremy Pelzer reports the company now is warning it might go out of business within the next year. The company notified federal regulators on Tuesday that it doesn’t have enough money to start commercial-scale production or sales of its Endurance pickup truck.

IT officer: Cuyahoga County Executive Armond Budish this week nominated a candidate to fill the long-vacant position of chief information officer: Andy Johnson, a vice president at tech firm Diebold Nixdorf. Courtney Astolfi reports that if confirmed, Johnson would be the county’s first IT chief since the February 2018 departure of Scot Rourke.

Judge affiliation: Republican lawmakers want to require Ohio ballots to list the partisan affiliation of candidates for Ohio Supreme Court and state appeals court, and they’re working through the state budget. Jeremy Pelzer reports the proposal would also move Supreme Court and appeals court races higher up on the ballot, instead of near the bottom of the ballot where they currently appear.

Corruption cases: A top Republican lawmaker is seeking to remove the Franklin County prosecutor’s exclusive authority to try Ohio public corruption cases, just months after a Democrat was elected to the position for the first time in nearly 60 years. Jeremy Pelzer reports an amendment would allow lawmakers, candidates, and political groups accused of violating Ohio law to choose to be tried in their home counties, rather than in Franklin County. 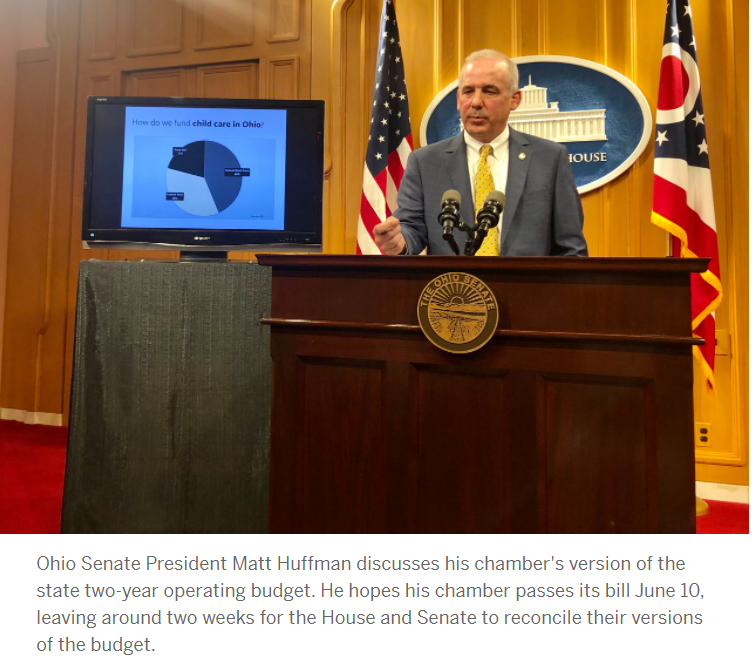 State budget: The Ohio Senate passed a two-year, $74.5 billion state operating budget bill Wednesday afternoon, with 5% income tax cuts and an overhaul to education spending. House Bill 110 passed 25 to 8, along partisan lines. Laura Hancock reports the next step is for the bill to return to the House for a vote on whether to agree with the changes the Senate made to the bill – expected this afternoon.

This Week in the CLE: Ohio Attorney General Dave Yost is asking a state court to declare Google a public utility. We’re discussing how this makes sense, especially since Yost argued in the past that broadband is not a utility, on This Week in the CLE, cleveland.com’s daily half-hour news podcast.

New numbers: Ohio reported 391 new coronavirus cases on Tuesday, below the 21-day average of 580. Ohio has had 1,105,720 cases since the beginning of the pandemic.

Unemployment taxes: Did you pay federal or state income taxes on your unemployment benefits for last year? You’re now likely entitled to get that money back, reports Jeremy Pelzer. To get a state-level tax refund, the burden is on Ohio taxpayers to file paperwork to get any money they’re owed.

Power plant closing: The power plant in Avon Lake will close in September, the city announced Wednesday, with plans to demolish it soon after. Cliff Pinckard reports the closing of the plant will mean the loss of 55 jobs. But Mayor Greg Zilka says the chance to redevelop the 40-acre site on the shore of Lake Erie is a “once-in-a-lifetime opportunity.”

That’s Rich: If you haven’t checked on the price of a rental car lately, you might be in for some serious sticker shock. Prices in many markets are way up, the product of surging demand and a supply that shrunk last year. Rich Exner explains how to get a good deal.

Autism: The transition from high school to adulthood is a critical moment for young adults with an autism spectrum disorder, but new research from Case Western Reserve University suggests many of those individuals are struggling to access the services that could help them thrive. Evan MacDonald reports those who were still in high school received an average of 2.5 more services than the young adults who already graduated.