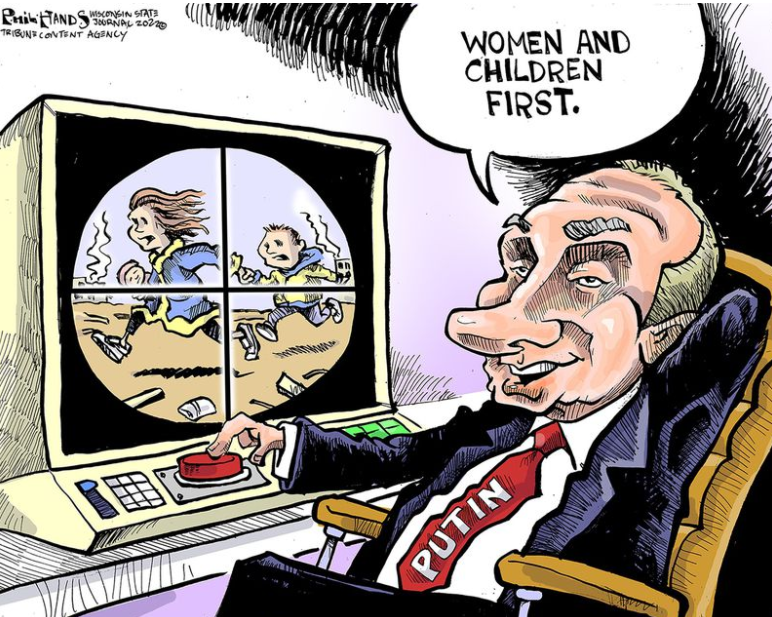 In the gallery’s lead image this week, editorial cartoonist Dana Summers of Tribune Content Agency interpreted Zelenskyy’s speech as a lecture on leadership to the schoolboy Biden. A.F. Branco of Creators Syndicate draws Zelenskyy taking Biden’s seat as the leader of the free world. Michael Ramirez of the Las Vegas Review-Journal depicted Zelenskyy as a modern-day Winston Churchill and Russian leader Vladimir Putin as, well, a weasel.

Other news events in the cartoons this week include ex-New York Gov. Andrew Cuomo’s attempts to revive his political career after resigning in disgrace last year; high gas prices and inflation; and the return of Major League Baseball after an agreement to end its lockout of players. 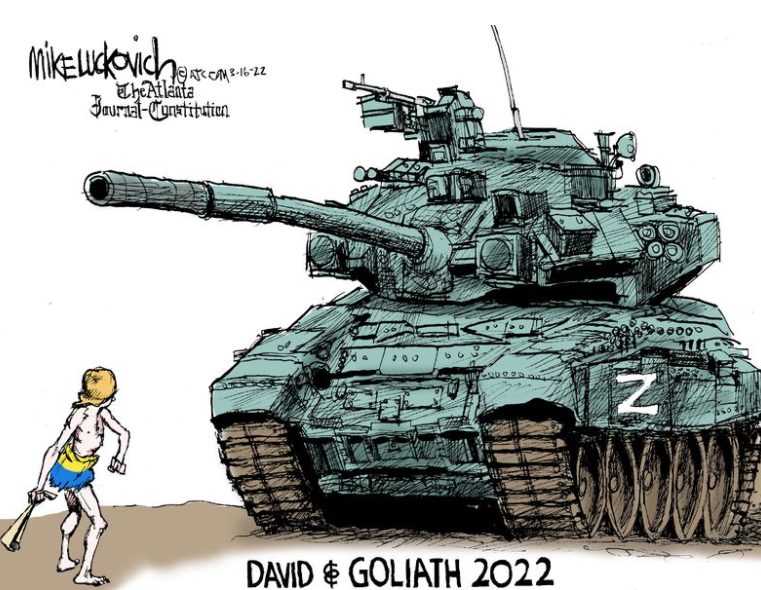