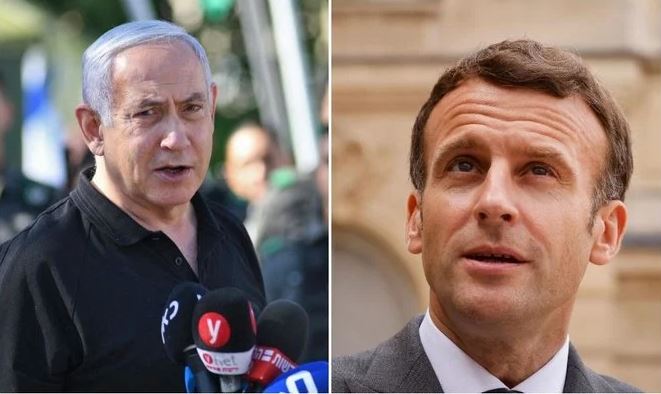 PARIS: French President Emmanuel Macron spoke with Israeli Prime Minister Benjamin Netanyahu on Friday about the escalating conflict between Israel and Palestinians and called for a return to peace in the region.

In a statement, Macron condemned rocket attacks by Hamas and said Israel had the right to defend itself. He also expressed concern about the plight of the civilian population in Gaza, which is run by Hamas.

Netanyahu said Friday that Israel had no plans on relenting in its attacks against Hamas in Gaza, after heavy bombardment targeting the group’s targets in the Palestinian enclave.

“They attacked our capital, they fired rockets at our cities. They’re paying and will continue to pay dearly for that,” he said following security consultations at the military’s headquarters in Tel Aviv.