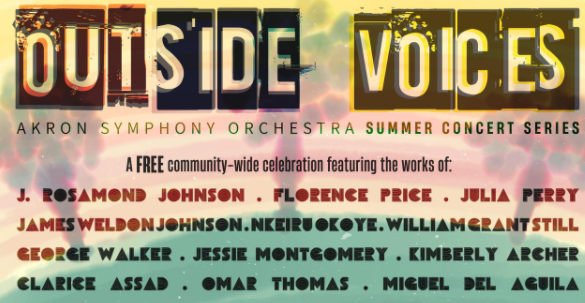 AKRON, Ohio – After a 16-month hiatus due to the coronavirus pandemic, the Akron Symphony Orchestra announced it will offer six free concerts at select outdoor venues this summer.

The Outside Voices concert series will feature music of lesser-known composers, as well as audience favorites.

Presented in partnership with the city of Akron, the August concerts will feature the Akron Symphony Virtuosi performing works from Scott Joplin, Miguel del Águila, W.C. Handy and John Philip Sousa. The concerts are: